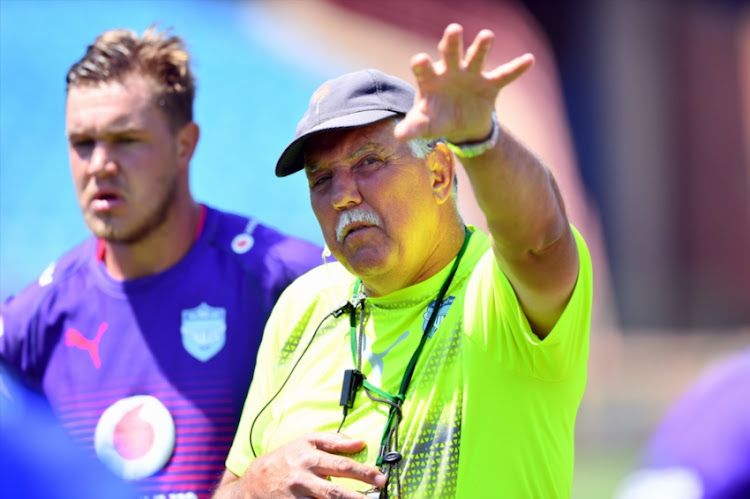 Blue Bulls coach Pote Human said experience was the factor that made him choose Ivan van Zyl ahead of Embrose Papier for Saturday's Currie Cup clash against Western Province.

For all his Bok experience‚ Papier has yet to feature in the Currie Cup and will be making his debut when he comes off the bench.

Van Zyl‚ who's also a capped Bok‚ has 22 Currie Cup matches and the Blue Bulls have to beat Western Province at Loftus Versfeld to ensure they qualify for next week's semi-finals.

“Ivan's experience and with this young team‚ he's what I think we need. Embrose will make a huge impact when he comes off the bench‚” Human said.

“Rassie didn't call me so I made my own call for this game and it's just the experience matter that counts here that's made me go with Ivan.”

While the Bulls have the benefit of the final round-robin game with their 17 log points‚ they have to look at the Pumas and Lions game to see where they'll travel to for a play-off game.

They'll also have to pray the Griquas do a number on the Sharks (21) in Kimberly but Western Province are not only unbeaten‚ their rugby has been uncompromising and attractive.

While the Bulls‚ like most of the other teams‚ have the benefit of their returning Springboks‚ Western Province have a stronger contingent.

However‚ Human hoped the players understood what it meant to play for the Bulls against Western Province in what is known as the North/South Derby.

“I told them if you're not motivated to play against Western Province at Loftus Versfeld‚ then you don't belong here. It's a big one for us and depending on what happens in the other games‚ it could be a must win for us‚” Human said.

“The Bok players are very positive and they want to play. They want some game time and none of them have a lot of it. Embrose only had six or seven minutes last week. They're excited and they lift the spirit of the team.”