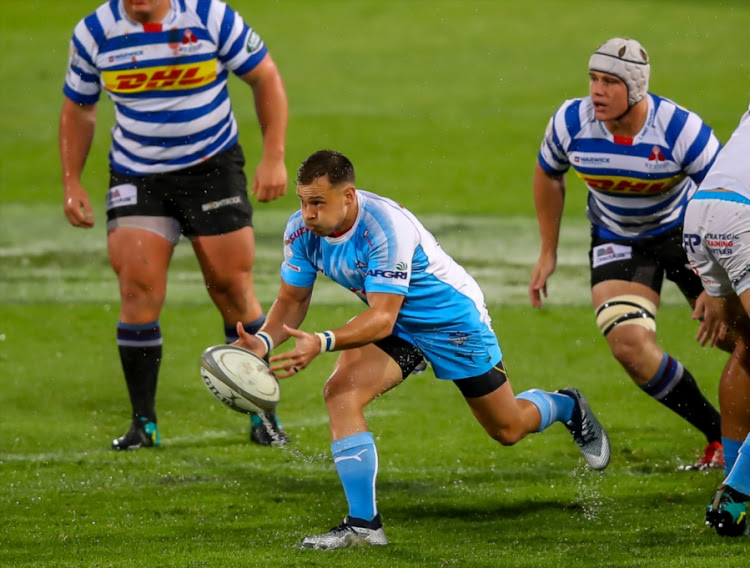 Ivan van Zyl of the Vodacom Blue Bulls passes the ball during the Currie Cup match against the DHL Western Province at Loftus Versfeld in Pretoria on October 13, 2018.
Image: Gordon Arons

Blue Bulls scrumhalf Ivan van Zyl had a firsthand view of their scrum's decimation at the hands of Western Province last week.

However‚ the Springbok scrumhalf said they have a chance of beating Western Province when the sides meet at Newlands in the second Currie Cup semi-final.

The fierce rivals and most successful Currie Cup sides meet for a second installment of the North/South derby.

However‚ there's a place in the final at stake for the teams and Western Province are in the inside lane for the home final should they beat the Blue Bulls.

Despite the one wet half of rugby where John Dobson's side led 34-7 before inclement weather curtailed the game‚ Van Zyl said they could win at Newlands even though the odds are stacked against them.

“We definitely believe we can win and we're in a fortunate position where we actually didn't do anything on Saturday.

"We know exactly what we need to do and how to win going in as underdogs. As a team‚ we believe we can win and we know how we can do so‚” Van Zyl said.

“It's a semi-final and anything can happen. Can we execute the plan that we've set out and if we do so‚ I definitely believe that we can win this game. We just need to do what we've planned well.”

Western Province have been head-and-shoulders the best side in the Currie Cup.

Besides being the defending champions‚ they were unbeaten in the round-robin stage and collected a four-try bonus against every team.

That's the pedigree the Blue Bulls dealt with at Loftus Versfeld and that's the same unit Pote Human's side will have to deal with on Saturday.

Van Zyl acknowledged the great form Western Province exhibited in the round-robin stage but said they were beatable.

Van Zyl also said Western Province kept things simple and executed better when the sides met in the past weekend.

“They've been very good in the Currie Cup and they're a very good team but they're not unbeatable‚" Van Zyl said.

"Their forwards have been very good and their backs have given them some quality ball.

"However‚ we know exactly what will be required of us as a team to get the win.

"Everyone is going to have to be at the best but we have the belief to go to Newlands and cause an upset.

“They executed better than us and in a game like that where it was wet and the conditions were also difficult‚ it all went down to the team that executed better and made the least mistakes.

"They capitalised on our mistakes and we couldn't get out of our half. We didn't release the pressure and we transferred back to ourselves.”

The Golden Lions will on Thursday name their team to play the Sharks in a Currie Cup semi-final in Durban‚ and No8 Hacjivah Dayimani seems to relish ...
Sport
3 years ago