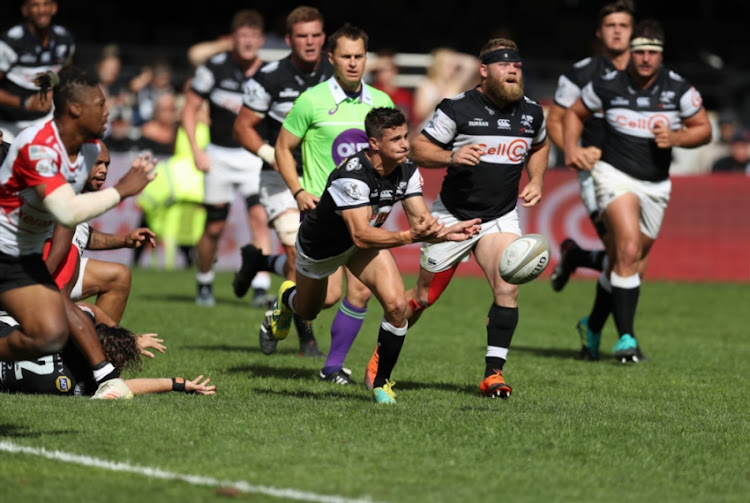 Neutrals had hoped the addition of Bok stock to the Lions’ ranks would help pull this game deeper into the realm of honest contest.

For the first 55 minutes however the Sharks didn’t look like they were open to manipulation based on the Lions’ teamsheet.

They did however lose their way in the second half as the Lions made a stirring comeback but in the end the hosts’ early toil and a late try by the tough as teak Dan du Preez helped vanquish the visitors in this Currie Cup semi-final on Saturday.

The Sharks marched on to a second consecutive appearance in the Currie Cup final with a performance that underlined their worthiness of a place in the shoot-out.

Coach Robert du Preez was happy that this match made them more battle hardened for the competition’s climax. “Definitely. This was a tough game the boys are going to be sore.”

The Sharks certainly made life difficult for themselves. Their defence, so resolute in the first half developed gaping holes after the break and the fleet footed Lions found a way back into a contest that seemed lost at 23-3 after 41 minutes.

The Sharks’ ball control grew poorer but to be fair, the blustery conditions made handling an exercise filled with peril.

The Lions scored wonderfully constructed tries through Courtnall Skosan and Nic Groom but the final surge was always going to be beyond their reach.

You know things are far from ideal when their coaching staff is offered advice from the press box where Super Rugby coach Swys de Bruin was seated.

Even in the build-up it was clear that this was a game in which the Lions’ ability to absorb pressure would determine their destiny.

To compound matters the visitors were forced into a late change after tight head Jacobie Adriaanse was ruled out through injury. His replacement Chergin Fillies certainly cuts a presence but his speed around the park is glacially slow.

Coach Ivan van Rooyen found some positives in defeat. “We’ve got a young pack of forwards. We finished the game with four of the tight five at u21 level. I’m very proud of the guys,” said Van Rooyen.

Given the squeeze applied by the Sharks’ defence the Lions’ dexterous qualities deserted them.

Daniel du Preez, Akker van der Merwe, Gideon Koegelenberg bashed away with some reward for the hosts in the first half, while the Sharks’ centres Marius Louw and Jeremy Ward operated at the sharp end throughout. S’bu Nkosi was a handful on the wing.

The Sharks’ heavy hitters made the difference and the Lions, as nibble as they are of foot, just couldn’t get out of trouble.