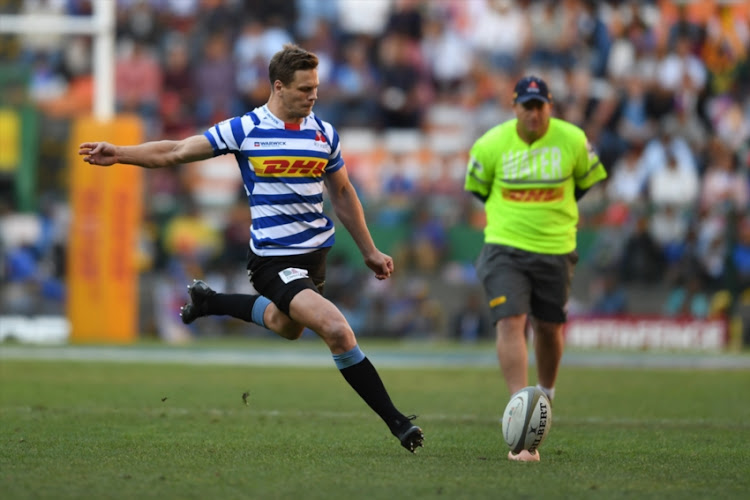 Fullback SP Marais scored 30 points to guide Western Province into a repeat of last year’s Currie Cup final against the Sharks after they beat a courageous Blue Bulls at Newlands on Saturday.

WP coach John Dobson said in the week that he was concerned his team had not been tested this season after winning every Pool match at a canter.

His fears were realised as the Bulls early caused the upset of the last few seasons to deny WP a date with the Sharks at Newlands next weekend.

WP’s attack has been lauded this season but it was their defence that won it, tackling through 24 phases close to their tryline to deny the Bulls a try close to the uprights.

As it was the Bulls scored dramatically in the right hand corner after the hooter through centre Dylan Sage after makeshift scrumhalf Sergeal Petersen made a pigs ear of clearing the ball from the base of a hard-earned scrum.

Marais landed a lone extra time penalty, which proved enough to separate the teams in a game neither deserved to lose. Marais landed nine from 10 kicks while another powerful showing in the set pieces, was enough for WP to escape with a win. But it was by a wafer thin margin.

The Blue Bulls made the most of the scraps they lived off in the first half and surprisingly went into the break ahead after scoring the only two tries of the match to that point.

Their defensive line speed and ability to rip the ball in the tackle, which they did three times before the break, undid the territory possession dominance WP enjoyed.

The downside of their massive line speed from the Bulls, was that they strayed offsides several times and suffered in the penalty count. But from a risk/reward perspective, it was worth it as they rattled the home team.

The Bulls also used the boot to pin WP back and make their dangerous runners play from deep. The net result was a patchy performance from the Currie Cup’s pace-setters that will have given the Sharks an insight into how to beat them.

Initially it looked as if the Bulls were in for another week of pain against WP, who had mauled them in the 40 minutes played at Loftus before inclement weather forced the match to be abandoned at halftime.

Just like seven days previously WP’s scrum ground the Bulls into the turf. WP earned three scrum penalties inside 17 minutes and were in total control everywhere but on the scoreboard.

The Bulls stayed in the contest because of their willingness to harass the home team endlessly.

The Bulls’ defence was exceptional and they closed down WP flyhalf Damian Willemse so effectively that he was forced to run laterally and pass under pressure.

Eventually the Bulls found themselves inside WP’s 22-metre area and from a five-metre scrum, which stayed in the set piece for less than a second, they fashioned a score for flank Ruan Steenkamp after five phases of moving the opposition left and right.

The Bulls second try came from speculative kick ahead by Divan Rossouw, which Libbok collected and fed to a flaying Duncan Matthews for a fine try, even if the final pass looked suspiciously forward.

The picture looked bleaker for the home team seven minutes into the second half when Matthews turned provider for Libbok with a slick offload for the Bulls’ third try.

Marais scored for WP in the 52 minute to keep his side in the game and when replacement scrumhalf Paul de Wet sniped over after a long-range build up.