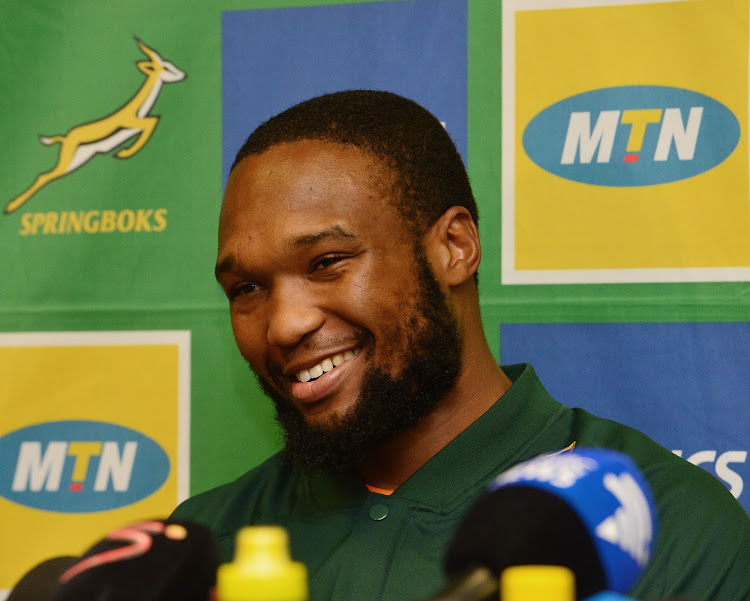 Centre Lukhanyo Am appears to be out of the Springboks’ November tour to Britain and France after a slower than expected recovery from a fractured arm.

Am‚ 24‚ sustained the injury against New Zealand in Wellington last month and has not played since.

On Sunday Bok coach Rassie Erasmus named Am in his squad for the tour‚ but after two days in camp at the Stellenbosch Academy of Sport (SAS)‚ there has been a reassessment.

Lions centre Lionel Mapoe has been called up as cover after it was confirmed that Am would definitely miss the opening two matches of the tour against England and France on November 3 and 10 respectively. It’s unlikely he will travel if unable to participate from the start.

Am’s injury has also kept him out of training and there will be a question mark over his conditioning should he be needed for the latter part of the tour.

Mapoe has 14 Test caps to his name but has never been able to nail down a starting place in the team.

Jesse Kriel took full advantage of Am’s absence in the two home Rugby Championship Tests against Australia and New Zealand and is expected to start at outside centre against England.

Mapoe though can cover wing as well‚ which makes him a valuable and versatile choice for the squad.

Blitzboks star Ruhan Nel‚ who is in line to win a second Currie Cup with Western Province this weekend‚ has praised the old tournament for boosting ...
Sport
3 years ago