Impi ready to do battle in Dubai 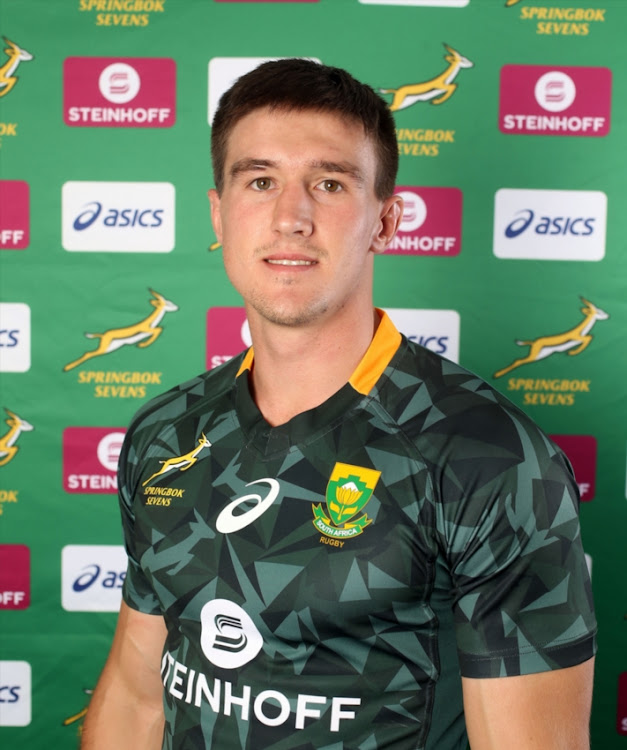 The Blitzboks don't have to battle three campaigns this season‚ which stretched their playing resources to the limit last year‚ but even so coach Neil Powell is introducing a new player in Impi Visser in Dubai this weekend.

He graduated from the SA Sevens Academy in Stellenbosch. Visser is not only a graduate of the highly respected SA Sevens programme‚ but also a university graduate‚ having earned a mechanical engineering degree at Pretoria University.

“It was a dream of mine to play in the Green and Gold and now it will come true‚” Visser said from Dubai where the team is preparing.

“It is an amazing feeling and I cannot wait. This is just so unbelievable‚ but true.

"It was such a tough year for me‚ but that is all in the past now. I am so honoured to be able to be here and to use this opportunity presented to me.”

Visser picked up a serious ankle injury in January playing for the SA Rugby Sevens Academy in South America and also relocated from Pretoria to Stellenbosch‚ where he just completed his final year of studies.

A centre in fifteens – he represented the University of Pretoria when they claimed the FNB Varsity Cup title in 2017 – Visser is used as a forward in sevens‚ and he is clear on his role and responsibilities come the opening match in Pool A against Zimbabwe.

The team environment will aid him‚ he believes. “This is just an amazing group of guys‚” he said.

“They always have a joke up their sleeves‚ but are so committed and professional when it comes to the Blitzboks. Their experience and skills are certainly something I can feed from. There is so much to learn from them and to add to my own arsenal as a player.”

There will be experienced heads for Visser to question this weekend the fact that he has been selected suggests that his own abilities will also shine.

After the Zimbabwe match‚ the Blitzboks meet Samoa and Argentina‚ which will be a tough start to the season‚ against two very capable sides.

As defending series champions and winners of three of the last four editions of the Dubai leg of the World Series‚ there is pressure on SA to deliver.

That is not an uncommon situation for them though‚ even if Visser doesn’t have first hand experience of being ‘the’ team to beat.

“Coach Neil (Powell) always stresses on the importance of doing your job in the team‚ to fulfil your responsibilities in the team‚” said Visser.

“By doing that‚ everyone else can function and prosper. That will be my focus in my first tournament‚ just doing my job. And of course enjoying it!”