Springbok captain Siya Kolisi on the shortlist for top award 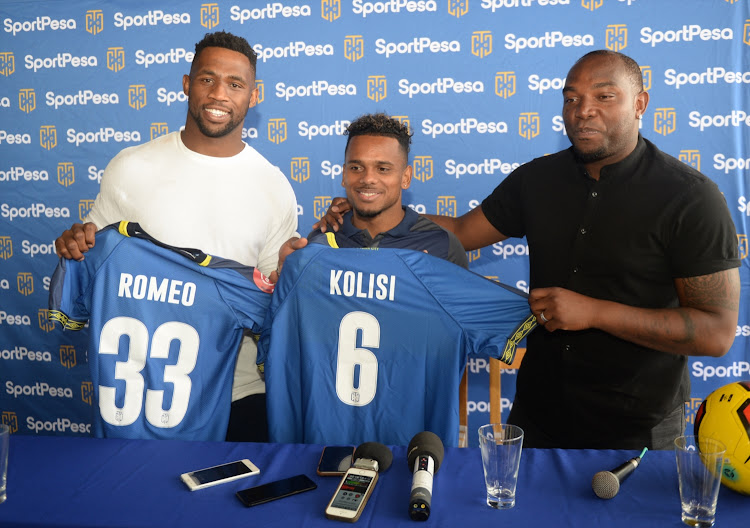 Springbok captain Siya Kolisi is one of 10 nominees for the prestigious Laureus World Sports Awards in Monaco next month.

Kolisi‚ 27‚ is nominated in the ‘Sporting Moment of the Year’ category at the equivalent of sport’s Oscars‚ for becoming the first black player to lead the Springboks in a Test.

Kolisi captained the Boks in 13 of their 14 Tests in 2018‚ but it was his emotional appointment to lead the team against England‚ at Ellis Park in June‚ that earned the nomination.

Fittingly‚ Kolisi wore the No 6 jersey‚ which former president Nelson Mandela so famously donned when attending the 1995 Rugby World Cup final at the same venue.

It was an inspirational act of nation building by the former president.

Kolisi leading the Boks out of the tunnel at the same stadium 23 years later was an equally inspirational and important moment for rugby and the country.

But Kolisi faces tough challenges from athletes with stories ranging from overcoming cancer to play football on the biggest stage‚ to a double amputee scaling Mount Everest.

The public can also vote for their favourite moment at www.myLaureus.com

Here are the nominees in the Moment of the Year category:

Instinctively‚ Sven left his commentary position and rushed down to personally congratulate Kamil. In an act of respect and sportsmanship‚ Sven welcomed Kamil to his exclusive ski jumping club.

Springbok captain Siya Kolisi has sparked debate and outrage on Twitter after his recent comments on transformation.
Sport
2 years ago

DODDIE WEIR - GIANT OF A MAN

Doddie‚ who has 61 caps for Scotland moved rugby fans around the world when he delivered the match ball for the Scotland v New Zealand match in November 2017.

Weir suffers from a form of motor neuron disease. He is now raising funds and awareness through his My Name’5 Doddie Foundation.

Having beaten Hodgkin lymphoma twice‚ Joe made an emotional return to play for Rochdale in their FA Cup replay against Tottenham Hotspur at Wembley‚ realising a dream of playing at the National Stadium.

XIA BOYU - A CHALLENGE OF FATE

In 1975‚ Xia Boyu lost his feet after giving his sleeping bag to a sick teammate during a high-altitude storm.

Now aged 69‚ he has become only the second double amputee to scale Everest; and the first ever from the Nepalese side.

Siya made history earlier this year when he became the first black African to captain the Springboks in a Test‚ leading his team out against England at Ellis Park in June.

Gilberto had planned to take his family to cheer on their home country at the World Cup in Russia last summer‚ but they were tragically killed in a car accident before the tournament.

His therapist suggested he make the trip anyway‚ as part of his grief process.

He took his therapist’s advice‚ winning friends and admiration from around the world.

EDWARD MILLS - THIS IS FOR YOU‚ MUM

When Edward Mills’ mother was diagnosed with terminal cancer‚ he took on an incredible challenge to raise money for cancer research; becoming the youngest person to climb the Old Man of Hoy‚ a 137m sea stack near Orkney. Edward completed the climb‚ raising over £35‚000; a fitting tribute to his late mother.

TimesLIVE takes a look back at what they said during the year and we bring you rugby’s most memorable quotes in 2018.
Sport
2 years ago

Assessing the 2018 Springbok season purely in terms of results‚ the answer is self-evident – it was a just pass with a 50% winning ratio after seven ...
Sport
2 years ago

BBC Radio’s Test Match Special is something of an institution in the sport of cricket.

So‚ when Patrick Taylor’s cricket-mad father passed away‚ he knew exactly what he wanted to do.

His moving tribute‚ laden with cricket references‚ was read out on air by commentator Jonathan Agnew‚ touching the heart of sports fans all over the world.

Incredibly‚ Peter ran the route of the Tour de France‚ covering the 2‚082 miles in 68 days.

Arriving on the Champs Elysees in Paris just three days before the Tour de France peloton‚ Peter’s epic achievement was made even sweeter by his fundraising achievements: he raised over £20‚000 for his mental health awareness programme‚ Marathons for the Mind.

The spirit of the Invictus Games was epitomised during the Wheelchair Tennis doubles.

When a nearby helicopter triggered Paul Guest’s PTSD‚ it was his doubles partner who talked – and sang – him through it.

The unusual choice of song (‘Let it Go’ from the Disney film Frozen) helped Paul get through the moment and the pair went on to win their match.