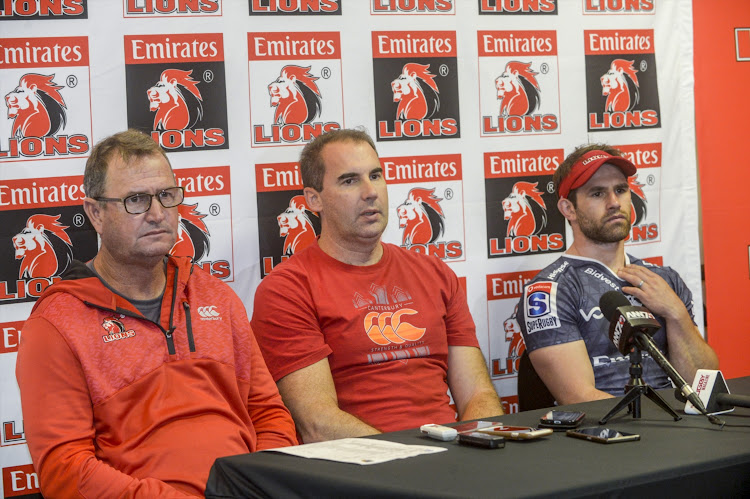 Punishing workloads and not enough rest have left the Lions in a race against time to vacate their casualty ward ahead of Super Rugby‚ which starts in less than a month.

The cumulative effects of not dealing with injuries and affording players time to heal properly have left them worse off than the corresponding period last year.

It’s not all doom and gloom‚ however‚ as team doctor Rob Collins explained on Friday.

“We did a lot more ops the end of last year [compared to November and December 2017]. That is as a result of the [work] load‚ playing either Super Rugby‚ then playing Rugby Championship or playing in Japan‚ end of year tour and some play in the Currie Cup.

“Some of them haven’t had a proper break over many years. The shoulder ops are things that tend to accumulate.

"They manage them for a few years but then it becomes bad enough that you have to do something. We happened to get four at the end of last year.

“This time last year we had far less injuries but quite a few guys are due to be back in the early part of Super Rugby‚” said Dr Collins.

The Lions will start the campaign with lock Lourens Erasmus and flankers Cyle Brink and Len Massyn returning to fitness at various stages in the season.

“Lourens has a long-term injury‚” said the strapping doctor.

“He has a fractured tibia‚ fibula with ankle involvement so that’s six months to nine months from the time of the injury. He should be back June‚ July really.

“Cyle who is recovering from a knee injury‚ is on track for the second or third Super Rugby game‚ while Len also has a shoulder injury is probably going to be back in April‚” said Dr Collins.

The prognosis elsewhere‚ however‚ is a little rosier. Captain and No 8 Warren Whiteley‚ who has a strain of his calf‚ is almost ready to go.

“I would imagine he is almost ready to get back onto field next week‚” said Dr Collins.

Prop Dylan Smith‚ who had a shoulder op last year‚ is expected to get back into full training next week‚ while scrumhalf Ross Cronje‚ who also had a shoulder op‚ should be ready for the first Super Rugby match.

Dr Collins said centre Lionel Mapoe had a groin operation but should be ready for the first Super Rugby game‚ while lock Andries Ferreira is over his foot injury.

Dr Collins advocated proper management of injuries but acknowledged it is an issue the sporting fraternity is busy grappling with.

Springbok captain Siya Kolisi is the only South African nominated in any category for the 2019 Laureus World Sports Awards‚ which take place in ...
Sport
3 years ago

“Managing loads at the moment is one of the main issues in sport. Also making sure guys are recovering properly.

“Coaches‚ conditioning and medical staff have to manage these loads and make sure they recover and don’t get overplayed.”

The Lions play the Bulls in a warm-up game at Loftus next Saturday‚ before taking on the Sharks in the so called Superheroes double-header in Cape Town on February 3.

Their Super Rugby campaign kicks off with a clash against the Jaguares in Buenos Aires on February 16.