Bad timing of bye for Stormers 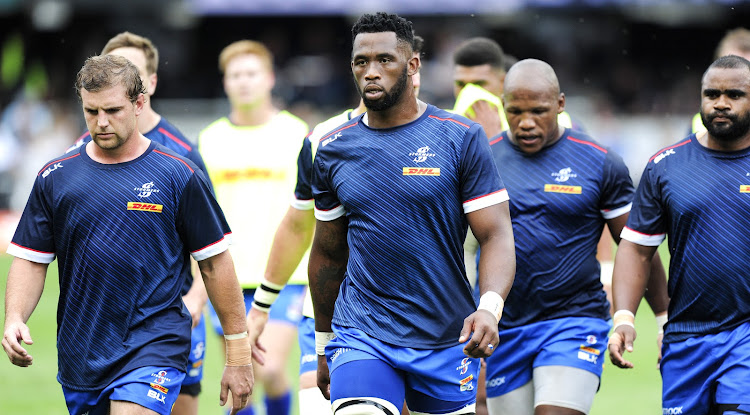 The DHL Stormers captain Siya Kolisi leads his teammates during warm up for their Super Rugby match against the Cell C Sharks at Kings Park in Durban on March 2 2019.
Image: Gerhard Duraan/BackpagePix

Byes are always an issue in Super Rugby as they often seem to come at the wrong time for most teams‚ and for the Stormers that is certainly the case this week.

The Stormers head into a bye week after two wins and growing momentum.

It’s the type of disruption that could send their season back off track at a time they need to play.

After being thrashed 40-3 by the Bulls at Loftus in round one‚ the Stormers bounced back with two tight wins.

Beating the Lions 19-17 in an ugly arm-wrestle at Newlands‚ which needed an 85th try for victory‚ they slugged their way to a 16-11 win over the Sharks in Durban last Saturday.

The latter was the Stormers’ first away win since 2017 and both matches have been as unsightly as a car park brawl. But a win is a win and suddenly the Stormers have confidence‚ hope and momentum.

The Stormers somehow found a way to collect a second consecutive Super Rugby win when they edged the Sharks 16-11 in an unedifying clash at Kings ...
Sport
2 years ago

The timing of the bye – in this case – is unfortunate.

“I would rather be playing this week," said Stormers' captain Siya Kolisi.

"It feels like it is starting to come together for us now and we are getting momentum‚ and when that is the case most players would rather be playing‚” added Kolisi following the win over the Sharks.

Coach Robbie Fleck was less emphatic about the influence of the bye on their momentum.

“I don’t know‚” was Fleck’s response when asked if playing this weekend would be preferable.

Fleck preferred to focus on the side’s turnaround and their gathering momentum.

“After that Bulls loss we were really staring at it‚ but to come back with two wins and make it two out of three is not a bad start for us‚” Fleck said.

There was a palpable air of despair about the Lions after the Bulls thumped them 30-12 at Ellis Park in their Super Rugby clash on Saturday.
Sport
2 years ago

“There is still a lot that we can work on‚ but it is exciting for us because we can only get better.

“What it is showing is that the team has got character‚ we know that there is a lot to improve on where we can get better‚ that is the exciting part.

“To win these close games gives us a bit of mental capacity and grit. The Sharks definitely started to play better in the second half‚ but we handled it.

“The team is showing a bit of maturity at the moment‚ which is great under the pressure we have been under. We will take those wins‚ we know that we can only get better‚ so we are looking forward to that.”