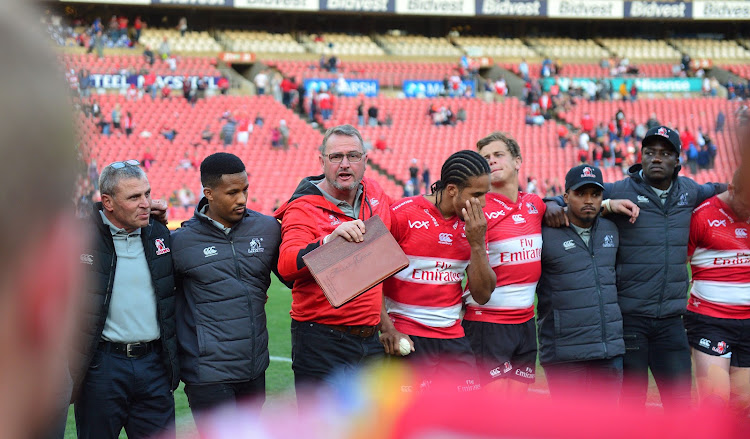 The Lions’ coaching staff would have gone into the team’s bye week with a huge sense of relief.

Their season looked in danger of sliding into insignificance after their defeat to the Stormers and the Bulls‚ but they go into their mini break having avoided the slippery slope.

The Lions arrive at this juncture‚ if not with a spring in their step‚ then‚ at least with their chins up but things couldn’t have been different following those defeats in rounds two and three and also suffering the loss of their regular captain Warren Whiteley.

Their season was precariously placed in the lead up to their matches against the Jaguares‚ Rebels and the Sunwolves with victory in all three non-negotiable to sustain their effort until their squad is restored to a semblance of full capacity in the coming weeks.

The Lions negotiated that mine field and sit atop the South African conference with the benefit of having played one match more than their rivals.

They won’t quite have the cavalry back but when they return to battle Friday week against the Sharks at Ellis Park (who schedules a derby at Ellis Park on a Friday night anyway?) they’ll be in better shape personnel wise.

They then hit the road with clashes against the Brumbies‚ Chiefs and Crusaders before going into another bye weekend.

Whiteley is unlikely to be back in time for their clash against the Sharks but he should wing his way with the team to Canberra where the Lions play the Brumbies the following week.

Flank Cyle Brink’s return is imminent and if he doesn’t feature for the game against the Sharks‚ he too may be earmarked for a long awaited return since injuring his knee while on Bok duty in August last year.

Brink who looks likely to feature against the Sharks will be crucial to the Lions’ cause against the visitors’ highly combative backrow.

Prop Johannes Jonker and fullback Andries Coetzee are also set to play against the Durbanites‚ as will prop Jacobie Adriaanse‚ providing he comes through concussion protocols.

Given the defections last season and injuries suffered in this campaign the Lions have done well to stay in contention.

Bigger challenges are likely to come their way but this season has so far revealed they are not giving up their mantle as standard bearers in the South African conference without a fight.