Stormers need to be multi-dimensional against Blues 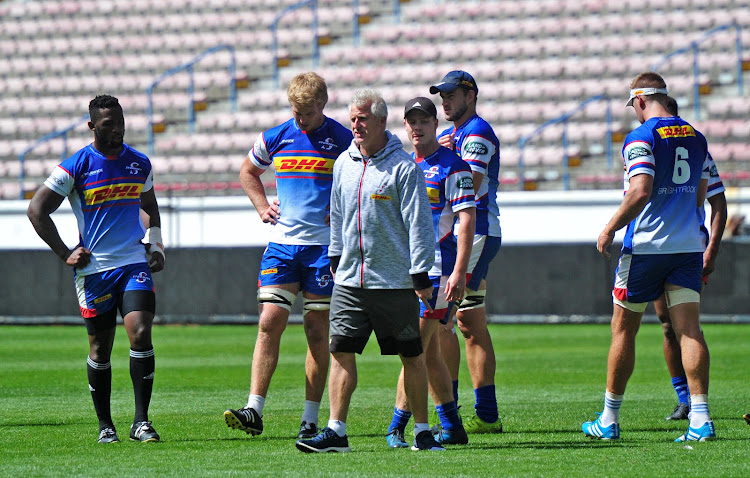 The Stormers have won three of five Super Rugby games this year but they remain a one-dimensional team on the evidence dished up during the early part of the season.

Last week’s 34-28 loss to the Hurricanes in Wellington could have been different if the Stormers had more ambition and attacking intent.

Scoring via rolling mauls was effective to a point‚ but to undo teams from New Zealand‚ they need more than one way to get the job done.

Robbie Fleck’s men take on the Blues in Auckland this weekend and the Stormers admitted they need to show more variation against one of the tournament’s most lethal back divisions.

As effective as their lineout maul was‚ the Stormers are facing a lock crisis with Eben Etzebeth‚ JD Schickerling and Salmaan Moerat all in doubt for this weekend’s clash.

Pieter-Steph du Toit is also doubtful as he waits to hear of he needs to jump on a plane to be with his wife at the birth of their first child.

If the Stormers’ lineout resources are so curbed‚ they will have to find another way to win games.

Forward’s coach Russell Winter hinted that there would be a change of heart from the Stormers this weekend.

“We definitely want to continue playing with this strong pack of forwards‚” Winter said.

“It is credit to them. They have been working incredibly hard over the past three weeks and it now reflects on the field. They are not scared of work.

“I do think their pack (Blues) poses a different threat though. They have a big pack of forwards‚ and definitely like to grind it up front. They are a lot more physical and they have a lot more ball carriers‚ which carry a slightly different challenge for us.

“We also want to show something different in our game. We’re working hard on it. Hopefully we can add some variations in the weeks to come.”

That suggests the Stormers could be in for some backline changes. Damian Willemse is certainly due a start and it’s likely that he will come in at flyhalf where he can test the Blues on the gain line.

Willemse has been in good from the bench and though he has been preferred at fullback‚ he could add some X-factor close to the coalface.