Stormers forced to change it up against Reds 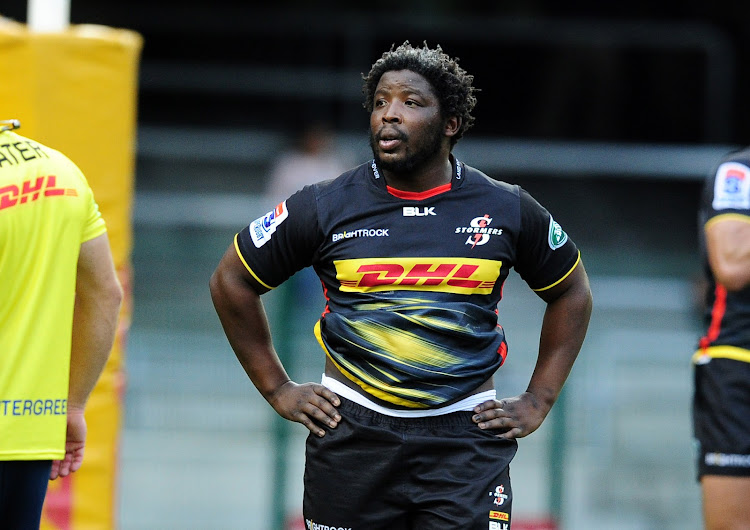 Scarra Ntubeni of the DHL Stormers will start in place of the in-form Bongi Mbonambi, who will come off the bench against the Reds.
Image: Ryan Wilkisky/BackpagePix

Stormers coach Robbie Fleck has unsurprisingly made wholesale changes to his side to face the Reds in Brisbane on Friday after injuries forced his hand.

There are seven changes in all from the side that lost 24-9 to the Blues last Saturday – five of those coming in the pack.

Locks Eben Etzebeth and JD Schickerling are both out injured as is tighthead Wilco Louw‚ while flank Pieter-Steph du Toit also returned to SA to attend the birth of his first child.

There is a first start this season for Cobus Wiese‚ who is normally a blindside flank but who will pack down in the second row.

Hooker Scarra Ntubeni starts in a rotational switch with the in-form Bongi Mbonambi while Kobus van Dyk also makes his first start of the season at blindside flank.

Loosehead Corne Fourie is also in the starting XV for the first time this year while Frans Malherbe returns to tighthead due to Louw’s injury. That means Michael Kumbirai is set for his first Super Rugby cap from the bench.

In the backline scrumhalf Justin Philips rotates with Herschel Jantjies this week while Ruhan Nel returns at outside centre in place of Dan du Plessis‚ who suffered a knee injury last week.

“Herschel has been outstanding but he has carried most of the workload because Justin was sick last week‚ so he didn’t train either‚” Fleck said. “Herschel is given a breather.

“We have given the composition of the team a lot of thought and this is the strongest we can put out this weekend. One or two of the guys are being managed because they have carried a lot of the workload but will come off the bench.”

Captain Siya Kolisi and centre Damian de Allende were supposed to sit out this game due to Springbok resting protocols‚ but due to injuries they have been retained.

“We wanted to give Siya and Damian a break on tour but with the injuries and lack of experience we have had to change those plans‚” Fleck said.

“They are both senior players and with a young side going out this weekend‚ it’s important they are out there guiding the group. We are very conscious of the need to rest them‚ and so are they‚ but there is open communication with the players.

Sharks coach Robert du Preez has opted to stick with his namesake son at flyhalf while Curwin Bosch and Aphelele Fassi swap places at fullback for ...
Sport
2 years ago

“We will have to be smart how we rest them later in the campaign.”

Wiese’s selection at lock is another change that was not part of the Stormers’ pre-tour planning‚ as he was expected to operate at No 7 when Du Toit left.

“Our plan was to play Cobus at No 7 but our plans have been disrupted because of all the lock injuries‚” Fleck said.

“Although Cobus is starting in the second row‚ hopefully he’ll get a chance at some stage to play at flank later in the game.

“He has done exceptionally well at lock before and he has trained very well too‚ so we are excited to see what he will bring.”