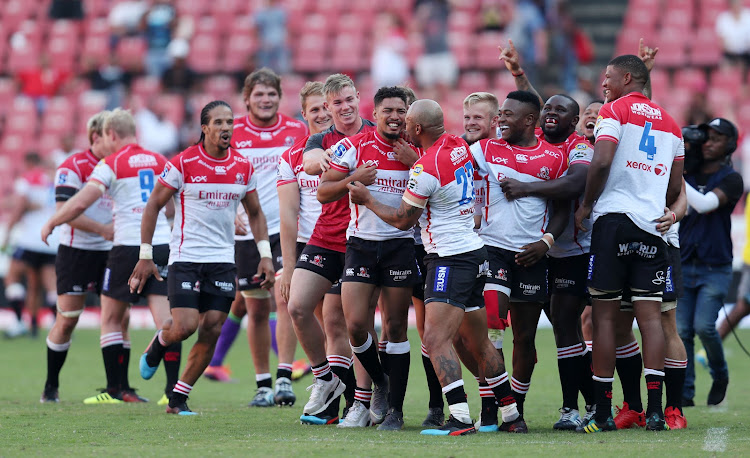 As if extra motivation was required their derby failures earlier in the Super Rugby campaign will help spur on the Lions and the Sharks in their clash on Friday night.

The Lions‚ who don’t have as tight a grip on the conference as was the case in recent seasons‚ fell short against the Stormers and the Bulls but coach Swys de Bruin is unfazed.

“I don’t think it is an issue. That was a really close game against the Stormers and it could have gone either way. In fact‚ we still led after 83 minutes and lost in the 84th.

“The Bulls‚ however‚ taught us a rugby lesson when they beat us 30-12‚” conceded De Bruin.

The Sharks have underwhelmed even more in conference play. They lost home and away to the Bulls and the Stormers beat them in Durban. A win in Johannesburg will be like manna.

De Bruin agrees the visitors will be desperate.

“Look‚ we are preparing for a physical battle. They will be fired up.

“They will come hard up-front‚” said the coach who this week signed a new deal that will keep him at Ellis Park for two more years.

SA Rugby is back in black after showing a modest R2.3m profit for the 2018 financial year‚ according to an annual report released on Wednesday.
Sport
2 years ago

The one area the Lions could potentially exploit is in the set pieces. They took note of how the Bulls won a match-winning scrum at the end of last week’s contest in Durban but De Bruin isn’t reading too much into it.

“The Sharks had changed their front row by then and the Bulls caught them unaware. Those things happen. We won a scrum like that to win us the match at the end against the Rebels.”

In any event‚ if one man would like to set the record straight it is the Sharks loosehead prop Tendai Mtawarira. ‘The Beast’ is set to break the domestic record for the number of Super Rugby appearances in his 157th game.

The Sharks may‚ however‚ be left to rue the absence of hooker Akker van der Merwe who starts serving his ban for last week’s altercation with Schalk Brits.

De Bruin tweaked the team that beat the Sunwolves in Singapore with the most significant shifts coming in midfield‚ where Lionel Mapoe will link up with Aphiwe Dyantyi.

Next to Elton Jantjies‚ they complete a Lions’ midfield axis that concede considerable inches to their Sharks counterparts Robert du Preez‚ Andre Esterhuizen and Lukhanyo Am.

One can reasonably assume the Sharks will run straight and hard in midfield but having said that‚ the visitors may be vulnerable to the Lions’ inventiveness and dexterity in that area.

Up-front Cyle Brink returns after a long layoff and the broad-shouldered flank’s return is timely given the Sharks expect a physical onslaught.

Although his team come off a bye and the Sharks have a quick turnaround of six days since their defeat to the Bulls‚ De Bruin does not believe the visitors will have less of a spring in their step.

“I think it is quite normal by now to have a six-day turnaround. Teams are used to it‚” he said.