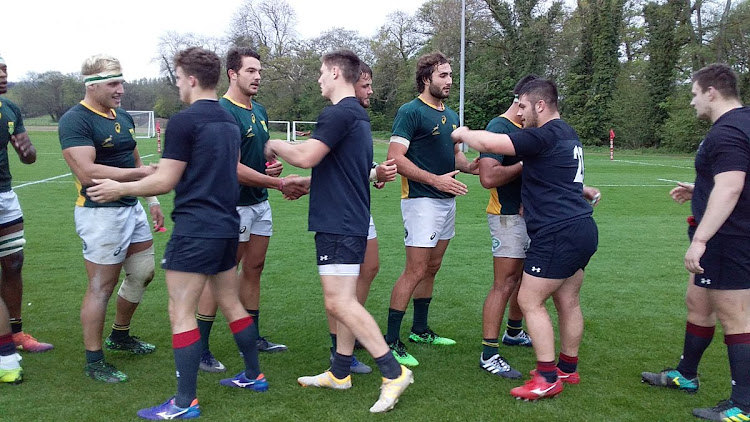 The Junior Springboks ended their pre-Under 20 World Championship tour with a gutsy 35-31 win over Wales after trailing 24-7 at halftime.

It was exactly the kind of fighting spirit coach Chean Roux demanded from his team after last Friday’s 35-8 loss to England U20. On that occasion SA U20 conceded three tries in the final 10 minutes of the game.

The Junior Springboks scored one try in the first half to Wales’ four‚ but they staged a dramatic comeback to touch down four times in the second half – with the last try for the win in the dying seconds - while limiting Wales to one.

Given all the try-scoring opportunities the team created‚ however‚ they would have registered a far more convincing victory if they converted all their chances into points.

Bulls centre Jesse Kriel could be in a race against time to be fit for the Springbok’s pre-World Cup engagements after sustaining a torn ankle ...
Sport
3 years ago

“For the players to perform the way they did in the second half after the tough week we had with all the training‚ gym sessions and no time off was great‚” said Roux. “It certainly showed their character.”

Looking at their performance‚ Roux said: “We worked very hard in the scrums and lineouts this week and we got some rewards there‚ such as the penalty try from a pushover.

“Going into the match the score was not the most important thing for us‚ this week was all about getting the players to train very hard with no time off‚ and trying to hang in there during the game. So the fact that we beat Wales in the dying seconds says a lot about the team and their character‚ which is fantastic.”

The Stormers will travel to Argentina to face the Jaguares without a trio of Springboks‚ due to injury and rotation.
Sport
3 years ago

His team would take a lot from the tour as they look ahead to the World Rugby U20 Championship in Argentina in June‚ Roux said.

“If one thinks about it‚ this tour is only half of what we are going to experience in Argentina‚ but at least the players got a taste of it. That is something they need to get used to as quickly as possible‚ and hopefully they learned from this.”

The Junior Springboks will touch down in Cape Town on Thursday afternoon and then continue their preparations for the World Rugby U20 Championship at their training base in Stellenbosch from Friday.

They are set to depart for the international showpiece in Rosario on Wednesday‚ 29 May.