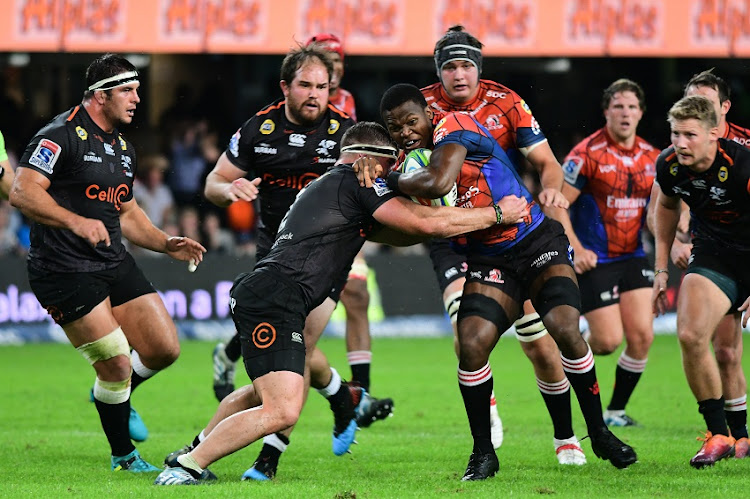 While the Sharks' clash against the Hurricanes at King's Park on Saturday has a lot riding on it‚ there's also the tantalising prospect of the flyhalf battle between Curwin Bosch and Beauden Barrett.

The whole world knows about Barrett and his marvellous talents as a pivot.

While he's been prone to mistakes‚ he's a game changer who's abilities were not only recognised early‚ but were harnessed for the benefit of the Hurricanes and the All Blacks.

Gifted players like Aaron Cruden and Lima Sopoaga had to move north in an admission that Barrett is in for the long innings.

However‚ Bosch has taken his opportunities this season and under his stewardship‚ the likes of S'bu Nkosi‚ Makazole Mapimpi and Aphelele Fassi to thrive.

Coach Du Preez said he was looking forward to the pivot contest as the kicking game will be crucial.

The game management from Barrett and Bosch will be significant in the outcome of the game.

“It's fantastic and as you said‚ he's been playing very well and it's going to be a good test for him and for the backline. We know how lethal the Hurricanes can be‚” Du Preez said.

“We don't want to kick any loose balls to them. That's going to be a big focus for us. Our defence has been really good so far but it's going to be our acid test on Saturday.”

Du Preez will have his quicksilver back three to call upon and only made one change to the sides that defensively outmuscled the Lions last week.

Philip van der Walt makes way for Jacques Vermeulen at flank‚ with the former laid low by a shoulder niggle.

It is a final home game for the Sharks before they finish their campaign with clashes against the Stormers and the Jaguares.

The Sharks (33) need to be the Hurricanes to keep the Bulls (32) and the Lions (30) at bay. The Bulls and Jaguares (36) have earlier games against the Blues and the Reds respectively.

They'll give the Sharks an idea of how much work they need to put in from a points perspective.

Sharks captain Louis Schreuder is aware of the threat the Hurricanes pose and also understands the importance of their final few fixtures.

“It was a nice win against the Lions but every game is important now.

"We've prepared well and we've worked flippen hard. Hopefully we can carry that form into the game‚” Schreuder said.

“The Hurricanes are renowned for their attack but people tend to forget how much they kick. They kick the second-most in the competition but they know how to mix it up. They'll try to put is under pressure.