Ndungane believes Curwin Bosch should be Sharks' No 10 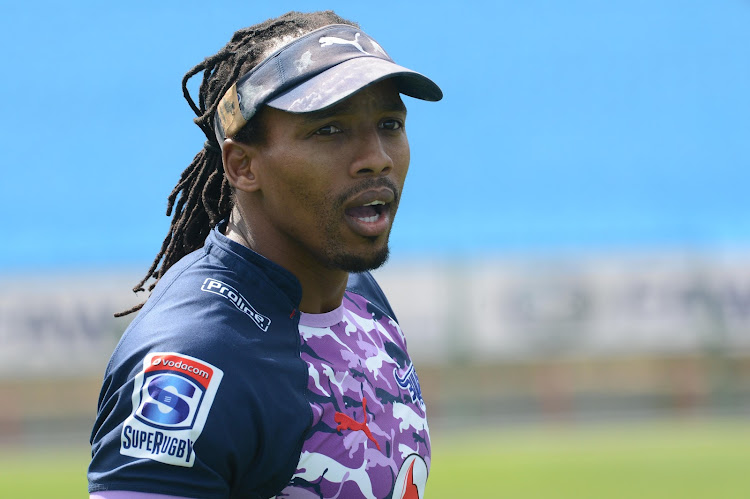 Former Bulls and Springbok wing Akona Ndungane is firm in his belief that Curwin Bosch should be regularly entrusted with the No 10 jersey at the Sharks in a World Cup year where injuries could make or break dreams.

Bosch has started a number of games at 10 for the Sharks this season in the wake of Robert du Preez’s alarming loss of form.

While the Sharks’ fortunes didn’t quite turn around‚ Bosch was able to reignite his own flagging fortunes and the Sharks have played well when he’s marshalled the backline.

He was moved to fullback for Saturday’s crucial clash against the Jaguares in Buenos Aires where Du Preez was reinstalled as the starting 10.

“Hopefully Rassie can see what Curwin brings to the table. It was unfortunate that Curwin was injured when the season started but he’s comfortable now. He’s over his injury and he’s playing very well‚” Ndungane said.

“I’m happy the Sharks gave him a chance at 10 because I believe he’s one of the best 10s we have in the country. With the time he’s had on the field‚ you can see how he’s grown into the position and see how comfortable he feels now.

“I hope the Sharks continue playing him at 10 and give him a full game at 10. We know who’s the lead 10 but the pecking order needs to be established.”

There’s also the significant matter of the inside centre pecking order that hasn’t been sufficiently sorted out‚ even though Stormers 12 Damian de Allende has started to play well in recent outings.

The other teams haven’t had a 12 who has stood out this season‚ with Ndungane saying he would have loved to see Pollard being tried at 12.

With only one Super Rugby round left after this weekend’s action‚ there’s little chance of that happening.

“I would have loved to see how he would have seen Handre Pollard operates at 12 and see the kind of options he brings to the team‚” Ndungane said.

“Overall‚ we’ve got enough starters and bench players but I hope no one gets an injury that jeopardises their World Cup participation.

“Rassie has used Damian at 12 for various things and with Damian playing weekly‚ he’s starting to hit his straps and get into reasonable form.

“At the start of the season‚ he wasn’t performing very well but with more game time‚ he’s got form.

“Normally when that happens‚ you transfer that form into the national team. He looks like the front-runner.”

The use of Damian Willemse as a fullback at the Stormers isn’t something that’s sat well with Ndungane.

The prodigiously talented youngster made his name as an electric flyhalf at schoolboy level but hasn’t played regularly in his best position.

“I’m not a big fan of moving players from their preferred positions and I really rate Damian Willemse‚” Ndungane said.

“He’s one of the great 10’s we have in the country and I would have hoped to see the Stormers play him at 10 and let him grow in the position. He’s still young and with backing‚ he’ll only get better.”