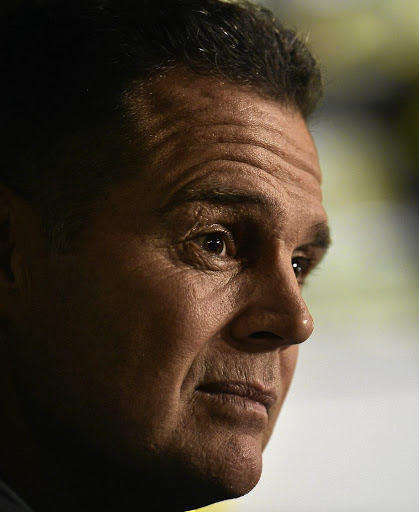 Springbok coach Rassie Erasmus added 13 players to his preliminary squad on Friday‚ bringing the total to 39 players under assessment for the Rugby Championships and World Cup.

Duane Vermeulen‚ Handré Pollard (both Bulls)‚ Lukhanyo Am‚ Sibusiso Nkosi (both Sharks) and Francois Louw (Bath) are amongst the new additions who were added to the Springbok training group in Pretoria. The Bulls and Sharks completed their Super Rugby commitments last weekend‚ meaning their invited players can join the current national training group which has been in camp since last weekend.

Others such as Jean-Luc du Preez and Curwin Bosch have also been overlooked. Erasmus said he and the Springbok coaches are very pleased with the amount of work they were able to do with the group during the past week in Pretoria. “After our series of alignment camps‚ it was great to get the available group of players together and to get going with our field sessions‚” said Erasmus.

“Kwagga Smith has recovered from his hamstring strain and was cleared to return to training‚ which meant that we were able to have 25 players available for our daily field training sessions. Our captain‚ Siya Kolisi‚ is continuing with his rehabilitation and the aim is to have him ready in time for the start of the Rugby Championship.”

The Springboks will kick off their shortened Rugby Championship campaign on Saturday‚ 20 July‚ against the Wallabies in Johannesburg‚ which will be followed a week later by the keenly awaited rematch with New Zealand in Wellington - the scene of last year’s epic away-win against the All Blacks.

The Boks will conclude their official campaign against Argentina two weeks later‚ on Saturday‚ 10 August‚ in Salta‚ while the same two teams are set to meet again a week later in Pretoria in a once-off Test before the Boks report for Rugby World Cup training duty.

The Springbok training group now consists of the following players: