Where to stream the SA vs NZ Rugby Championship match

Showmax subscribers can live-stream the Bokke taking on the All Blacks in Wellington on Saturday July 27 2019 at 9.25am 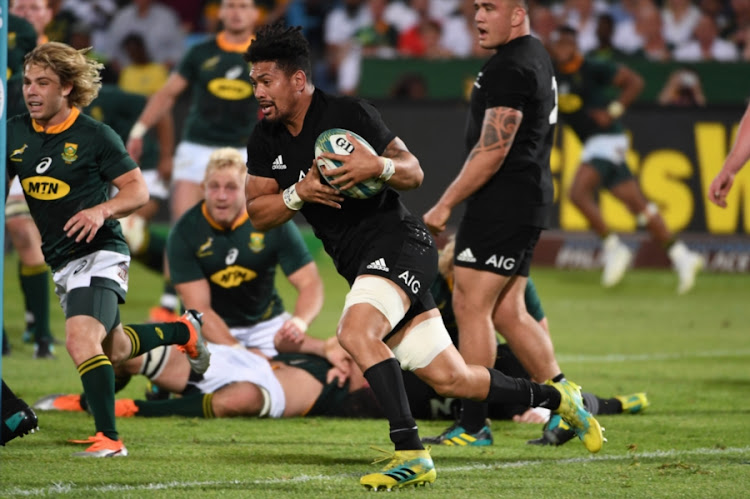 Ardie Savea of the All Blacks runs towards the try line on his way to scoring the winning try during the Rugby Championship match between the Springboks and the All Blacks at Loftus Versfeld in Pretoria on October 6 2018.
Image: Lee Warren

Fresh from their victory over the Wallabies at Ellis Park last weekend, the Springboks are facing the All Blacks on Saturday morning in Wellington.

The last time the Bokke played at the Westpac Stadium, in 2018, they defied the odds to beat New Zealand 36-34, and will be hoping for another win to bolster their and the country’s hopes for victory going into the World Cup, when they will meet the All Blacks in the group stages.

With this year’s abridged Rugby Championship line-up - the four top southern hemisphere teams only facing one another once instead of twice, in only three rounds - fans can’t afford to miss a game.

Even if you’re not at home, there’s no excuse to miss any of the action. Showmax has recently added selected live sports events to its slate of content, and will be streaming the match live at 9.25am on Saturday July 27.

It will also be streaming on SuperSport on DStv Now, which is available at no extra cost to DStv subscribers.

How to get Showmax

Both the Showmax and DStv Now apps are available on smartphones and tablets, as well as web browsers and on the DStv Explora.

Browse all sports on Showmax here. >>>

This article was paid for by Showmax