Despite disruptions Dobson ‘thrilled’ for Ntubeni 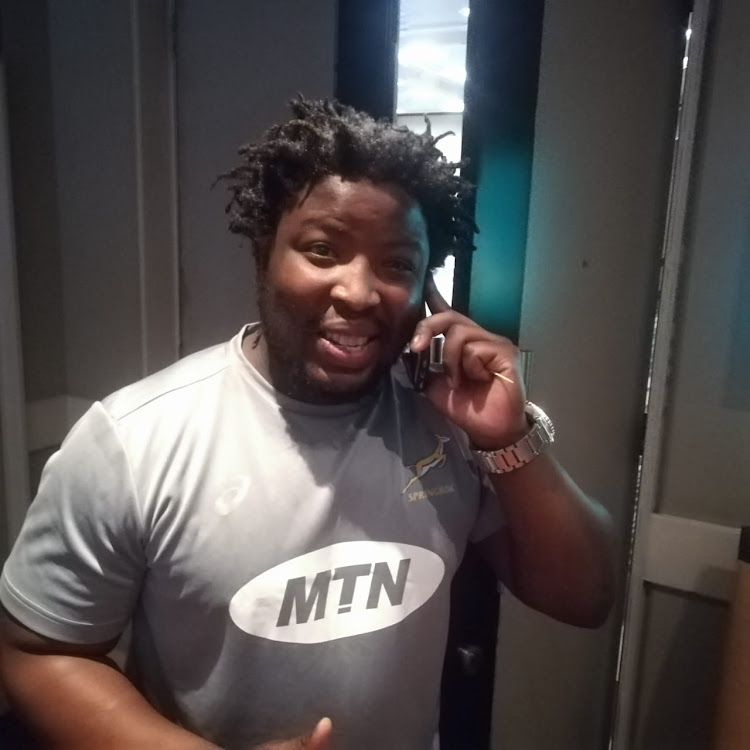 Scarra Ntubeni is set to make his debut for the Springboks when SA take on Argentina at Loftus on Saturday August 17 2019.
Image: Mahlatse Mphahlele

They are all likely to feature against Argentina at Loftus this weekend.

With the exception of Kolisi‚ who has only played 47 minutes of Currie Cup rugby in five years for WP‚ the other three were central to Dobson’s plans.

It was certainly an unneeded disruption for WP in a game they have to win to stay in contention for the semi-finals.

Dobson has called up hooker Schalk Erasmus as cover with Chad Solomon set to start at hooker.

Tighthead Carlu Sadie earns a return and there is a start for SP Marais at fullback in Leyds’ absence.

“These call-ups have been disruptive in some areas and I suppose having being given a little more notice would have been useful in terms of getting another hooker in‚” Dobson said.

"We used our young bench last week and wore some pain in the second half‚ but we got (hooker) Chad Solomon on nice and early‚ which is good because we didn’t expect to lose Scarra this weekend.

“It’s a massive opportunity for Chad this weekend.”

Dobson acknowledged though that he was proud of Ntubeni‚ who has been on the fringes of international rugby for years.

As tradition dictates‚ an uncapped member of the touring party is not allowed to wear his blazer and can only sling it over his arm.

“I know I sound like I’m carping‚ but in truth I couldn’t be more thrilled for Scarra in particular‚” Dobson said.

“He went on two tours and had to carry his blazer over his arm. Hopefully that will change after this weekend.

“I’m really thrilled Rassie has noticed Scarra’s form because we have given him a lot of game time. He absolutely deserves this opportunity at Test level. Selfishly I want him to play for us.

“At one stage there was concern that Scarra would never play again (after a ruptured Achilles tendon) but he fought back. His nickname is ‘joy’ in the team‚ because he is so positive.

In the loose trio‚ JD Schickerling is back at blindside flank‚ with Ernst van Rhyn shifting back to the openside.

Salmaan Moerat is at lock alongside captain Chris van Zyl.

Promising U21 hooker Erasmus is set to make his WP debut from the replacements bench‚ with lock David Meihuizen and scrumhalf Paul de Wet also coming into the match 23.

Dobson said that his team have embraced the challenge of going up to Kimberley and putting in a big performance.

“We know that we will have to work incredibly hard if we are going to get the result we want in Kimberley‚ so there will certainly be no lack of motivation.

“We have lost a few good players‚ but we also have some very talented players coming back‚ so we are looking forward to seeing what they can do up there.”