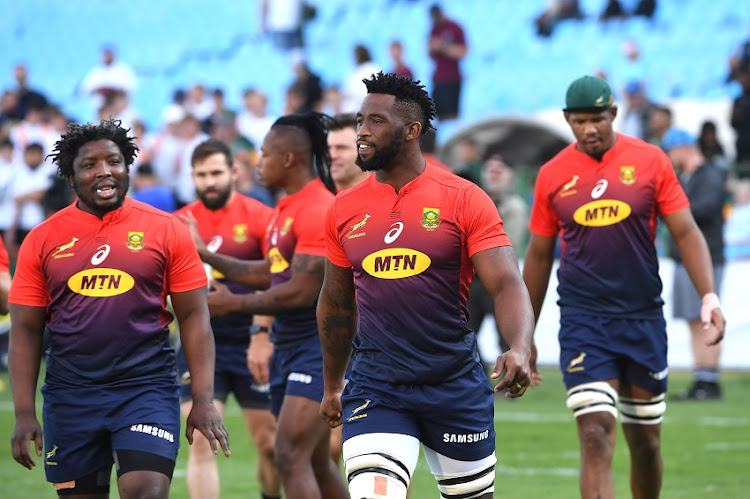 Argentina assistant coach Nicolás Fernández Miranda says the quality of Saturday's Test match against the Springboks will not be compromised by the many changes that the two sides have made.

Boks coach Rassie Erasmus announced wholesale changes to his match 23 on Wednesday and the Pumas took a similar route on Thursday as the two national teams continue their preparations ahead of the World Cup.

“We are confident that everyone who has been called up to play in this match will do well because they are good enough and they won’t have any impact on the quality of this Test match‚” said Miranda after their training session at University of Pretoria on Thursday.

“We have made some changes to our side for this match but we think that the team is good enough to compete and they are all looking forward to the match.

"It is important for all the players that have been selected from our side to go out there and grab the opportunity with both hands and improve their performance.”

The Pumas only arrived in the country on Tuesday morning and by the time they lock horns with the Springboks they would have had only three full training sessions‚ but Miranda said they would be ready.

“We think three days is enough‚" he said.

"It has been a busy season for the national team and we have already played three games in the Rugby Championship so far.

"Three days is enough going into a match of this magnitude and we will be ready to compete on Saturday.

"We are working on the same attitude like in Salta last weekend‚ so for us that is also not a problem.

"We will try to be as sharp as possible for Saturday‚” he said‚ adding that they expect a tough outing against the changed Boks.

“Every team that South Africa put out there will always be tough to play against and we are expecting a bruising battle even though coach Rassie (Erasmus) has made a number of changes.

"Having lost to them last weekend‚ we are looking at improving our performance because this is the last game before we go to the World Cup.”