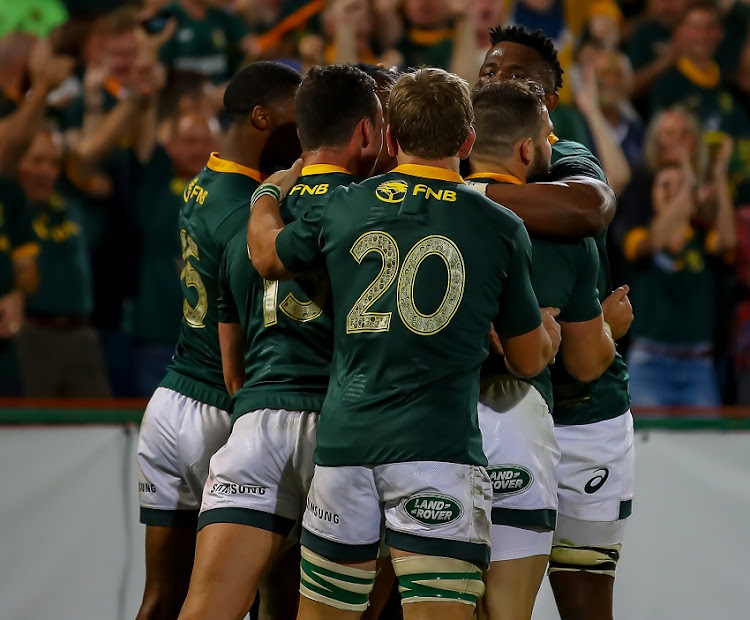 Several injured Springbok stars remain on the edge of their seats as the World Cup approaches as they are in a desperate race against time to be fit for the showpiece in Japan next month.

Mercurial winger Aphiwe Dyantyi‚ experienced Warren Whitely‚ Damian Willemse and Marcell Coetzee remain on tenterhooks but after this weekend's Farewell Test match against Argentina at Loftus‚ they appear to have lost the race to be considered for the event.

Dyantyi and Whitely are recovering from injuries‚ utility Damian Willemse returned to action for Western Province against the Griquas at the weekend in the Currie Cup while Marcell Coetzee was replaced early in the 24-18 win against Argentina.

“It is tough in a World Cup year with guys like Aphiwe and Warren who are really class players but they are injured‚” said Springbok coach Rassie Erasmus.

“Sometimes you just race against time and it is bad luck.

"With Marcell now it is a tough one but we know what we have in other loose forwards who did well in previous games.

"And we will go and look at our injuries and combinations‚ he is one of those who is such a great guy and versatile and you always know what to get from him.

"Even if he did play bad in the 15 minutes against Argentina‚ I know his heart and his commitment‚ so those 15 minutes wouldn’t determine if we pick him or not‚ they will not be make or break for him.”

Erasmus said it is hard to transition from injury to the World Cup stage but added that they made an exception when decided to fast track Siya Kolisi who is the captain of the side.

Kolisi played more than 50 minutes against Argentina at the weekend.

“Certain guys you just fast track like Siya because he has been captain and it’s a special case‚" he said.

"We really fast tracked him in a big way from 15 minutes of Currie Cup rugby to a Test match because we know what we have in him.

“But for other guys it is tough to go from a Currie Cup match against the Griquas into Test rugby and play against the All Blacks as a young guy.

"It is the same with a guy like Aphiwe with how good he is but he hasn’t really played.

"Even with a guy like Warren‚ it is really tough for those guys to just hop from that level to another level because the squad is announced on the 26th even though in terms of potential they are world class‚ but it is unfortunate.

"If we get an injury‚ we will have to go that route because it makes sense.

"But at this stage it is a timing thing and there are others who are in the same boat.”

Erasmus said the win over Argentina‚ where he made 18 changes in the match day squad‚ has given him an idea of who will be part of his final 31-man squad. ` “Obviously I am not going to name the names here but you can only take so many loose forwards‚ second rowers‚ props and there was certainly confirmation and clarity where I had some doubts‚" he said.

"I am leaning towards something in my mind currently but I will a proper sit down and have proper look at some things that are going on in my head.

“We will take 37 guys to Bloemfontein and we will work there until Wednesday‚ then the guys will have some time off until Sunday.

"Then we will only return the following week Monday to Johannesburg and the squad will be announced on the 26th.

"But certainly‚ we got some answers.

"I won’t take only two scrum halves‚ we will go to the World Cup with three scrumhalves.”