Griquas coach happy that team is focused despite his imminent departure 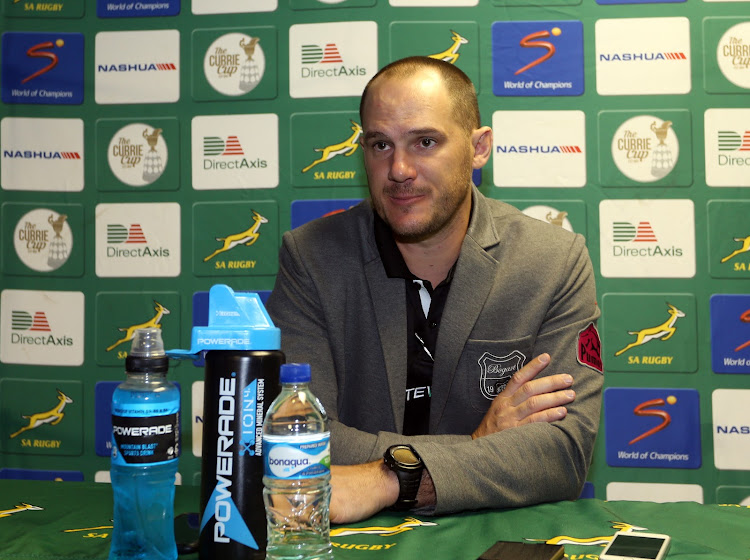 Griquas coach Brent Janse van Rensburg isn’t concerned that news of his imminent departure will upset his team before this weekend’s Currie cup semifinal against the Golden Lions at Ellis Park.

Janse van Rensburg‚ 39‚ guided Griquas to their first semi-final in 21 years. But on Wednesday the union was forced to announce that one of the brightest coaching prospects in SA was moving on at the end the campaign.

“The timing isn’t perfect but there is honesty in our group and the players understand my position‚” Janse van Rensburg told TimesLIVE.

“Ideally myself and the management at the union only wanted to announce my future at the end of the campaign but unfortunately there were some leaks that I was to be moving on.

“Many people already knew about it so it was important for my relationship with the players to let them know. We are big on transparency and honesty as a group.

“The last thing I wanted was for the players to read about my departure somewhere before I had informed them of my intentions.

"I was not going to lie to them and say things like‚ ‘it’s only media speculation.’ That would’ve been dishonest and that goes against everything we stand for.

“So I informed the playing group about my future and then we decided collectively that we should inform the public and out stakeholders about the situation before it came out.”

Janse van Rensburg did not reveal where he was moving to‚ but did confirm it would be in rugby position at a higher level.

Despite the minor distraction of his future coming into the public domain‚ the coach named a strong team to take on the Lions and was confident that his side could make history by reaching the Currie Cup final for the first time in 45 years.

In a quirk‚ Griquas and the Lions met in Kimberley in the final Pool game of the campaign last weekend.

The Lions won 27-26 after racing into a 21-3 lead. Even so Griquas fought back to lead 26-24 before a late Shaun Reynolds penalty won it for the visitors

“We knew the Lions and what they would bring because we met at a late stage in the season so there was so much video and historical data of them out there‚” Janse van Rensburg said.

“But there is only so much a team will change in a week. There might be one or two surprises from a strategy perspective but the personality of their team will remain in tact.

“We believe we actually learnt more about ourselves from the last game. We got a bit loose and didn’t execute things or manage the game well at crucial stages. We learnt a lot and have spent the time mainly focusing on how we can be better.

“There was some disappointment last week because we felt we chucked the game away with some mistakes such as giving away an intercept try.

"We didn’t alleviate territorial pressure when we led and played like we were behind in the final minutes when all we had to do was manage the game.

“But as a team we challenge standards and put solutions on the table and that’s what we did this week. We are still in the semi-finals. There is everything to play for now.”