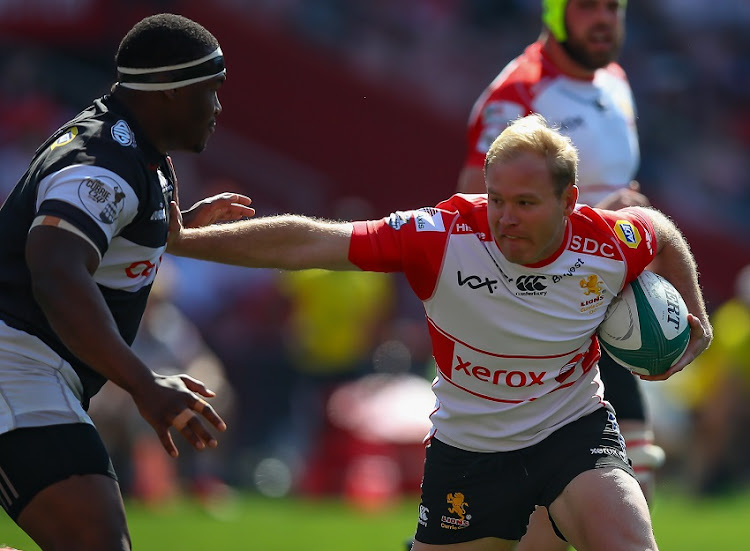 Much of this week’s pre Currie Cup final talk has revolved around the Golden Lions’ relative inexperience and how that might cost them against the well-travelled and rampant Free State Cheetahs.

Lions captain Ross Cronjé‚ however‚ believes it is from the ranks of the uninitiated that the visitors will draw inspiration in Saturday’s final in Bloemfontein.

“I don’t think the youngsters know what pressure is‚” said Cronjé about the devil-may-care attitude they may adopt at times.

The scrumhalf brought up the matter of pressure as it tends to be amplified in finals.

The Lions beat the Cheetahs 24-22 at the start of August but Cronjé stressed that the occasion on Saturday demands the team that handles the pressure best are most likely to get their hands on the trophy.

The Lions certainly won’t be trading on their success of a month ago.

“It’s in the past‚” said Cronjé about that win.

“So are focusing on this weekend.

"It is a completely different challenge. It is a different ball game playing in the final. There is more pressure.”

Although the Lions are relatively inexperienced players like Cronjé‚ who is playing in his fourth final‚ as well like lock Marvin Orie and tighthead prop Jacobie Adriaanse have seen it all before.

The Lions will certainly turn to Cronjé for leadership.

He is the only survivor from the 22 that beat Western Province in the 2015 final‚ the last time the Lions played in the showpiece event. Cronjé scored two tries in a man of the match performance.

His tussle with the Cheetahs’ veteran scrumhalf Ruan Pienaar is likely to be one of the abiding features of this weekend’s clash and Cronjé has deep respect for the player with whom he shared a change room at the Sharks a decade or so ago.

The Lions were forced into a late change with loosehead prop Sti Sithole withdrawing after he tore a calf muscle early in training on Thursday.

“He had a great season‚” said coach Ivan van Rooyen.

“Obviously it is a bit of a setback but it is another opportunity for Nathan (McBeth) to come onto the bench. Another youngster‚ we are excited about him.”

Van Rooyen talked up the Cheetahs whose quick tempo-ed game has been built on the back of set piece excellence.

Van Rooyen also cautioned that they can attack from everywhere adding “they want to speed up the game. We must stay in the moment and be ready. You never know what to expect from the Free State.”

A quick tempo-ed game is likely to take its toll on both sides in the latter stages but the Cheetahs have proved to be strong finishers in recent weeks.

“Three‚ four weeks ago you asked how are we going to start better‚” said Van Rooyen about the Lions’ habit of digging themselves a hole before getting out of it early in the campaign.

“It is still factor. They want to play the last 20‚ 30 minutes and we are aware of that‚” said Van Rooyen.

Cronjé‚ meanwhile‚ holds the view that while home ground advantage brings familiar comforts‚ it is by no means a defining factor.

Besides the Lions won on the road against Western Province‚ the Cheetahs and Griquas in the league stages.

“To a certain degree it is‚" he said.

"We’ve been a bit better away from home this season. That is just a mind set at the end of the day. The youngsters coming through‚ they’ll play anywhere.”