Tributes pour in for Chester Williams: 'He played for us all' 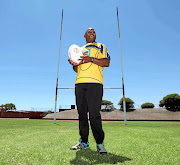 “He united SA through rugby.” That was the sentiment on social media after news broke that former Springbok rugby player Chester Williams died on Friday.

A source close to his family confirmed to TimesLIVE that Williams apparently died of a heart attack.

The winger was an iconic figure during the 1995 Rugby World Cup, scoring four tries in the quarterfinal against Western Samoa, setting a long-standing record.

The team, which included James Small, who also recently died, went on to win the tournament.

Williams was a rugby coach at the University of the Western Cape.

His death has been met with shock, as people remember his role in uniting South Africans and being part of the Springboks' historic legacy.

RIP Chester Williams. Very shocking and sad news for South Africa. Thank you for your amazing contribution to building unity in our nation and the sport of rugby. Your place in history is assured. 🙏🇿🇦🇿🇦🇿🇦🇿🇦#ChesterWilliams pic.twitter.com/rORaJAbhzB

In rugby history no story inspired me than yours... RIP Chester Williams💔

Thoughts are with his family.

I know the Springboks will do him proud at the World Cup.

I can't believe we still spoke to each other this morning... #RIPChesterhttps://t.co/s0qudwlLru

RIP Chester Williams. You played for us all

Terrible to hear that Chester Williams has died.

Today can now be remembered as one on which a good man passed away, with a legacy actually worth aspiring towards.

This has been a week from hell😰
Rest in Peace Chester Williams #ChesterWilliams pic.twitter.com/QkjPXbAfO8