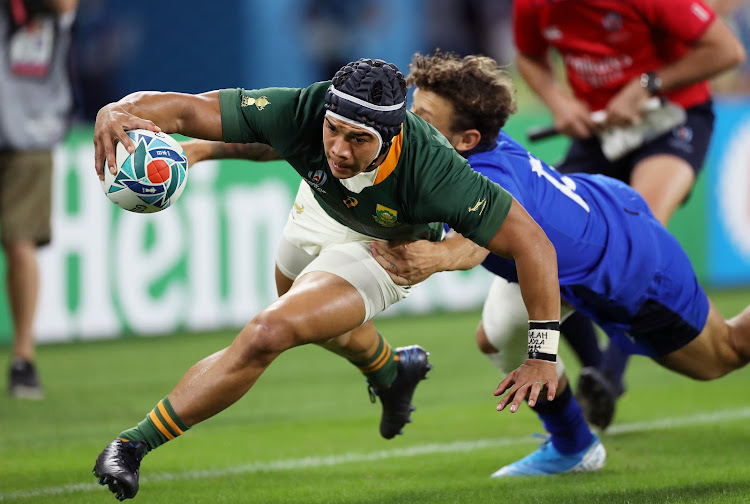 The Springboks played themselves from under a considerable cloud when they comprehensively beat Italy in their Rugby World Cup (RWC) pool B match on Friday.

The spectre of first-time elimination from the pool stages at a RWC has now effectively been removed unless Canada can provide another earth-shattering shock in the Boks’ last pool match in Kobe on Tuesday.

The Springboks, up 17-3 at the break, at times pummelled Italy into submission.

The match was billed as a huge physical confrontation but in the end only one team was on the receiving end.

Upfront the Boks were as direct and as uncompromising as they could possibly be.

The Boks’ big men all charged at the Italians with gusto while around the fringes they used runners who occasionally approached on the angle to create doubt in the Azzurri defence.

The Boks were able to run onto the ball at speed which meant the Italian defence, even when they were holding on in the tackle, was being marched back by the uncompromising laws of physics. 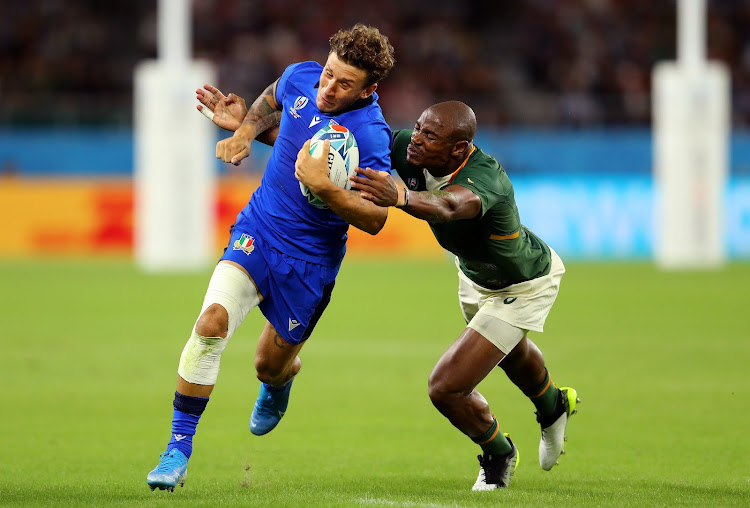 The Springbok scrum was also well and truly in the ascendancy by the time the Italians lost both their tighthead props. Simone Ferrari made a hasty exit, while Marco Ricciono in attempting to tackle a speeding Lood de Jager received a thud from which he didn’t recover quickly enough.

Matters got worse for Italy just after the restart when loosehead prop Andrea Lovotti was red-carded for needlessly upending Duane Vermeulen well after the whistle went.

It meant uncontested scrums were the order of the day, which meant the Italians were at least off the hook in that department.

For all their white-knuckle physicality, the Boks botched almost as many try-scoring opportunities as Italy have had prime ministers in the last 20 years. Often the final pass was tantalisingly loose. Too often, their backs run laterally too.

Their inability to routinely round off is a shortcoming that can be buttressed by more optimal areas of their game. But they will have to be more ruthless when opportunity presents itself later in the tournament.

Cheslin Kolbe continues to be the sharpest attacking tool at the Boks’ disposal. Makazole Mapimpi continues on his merry try-scoring run and he has now bagged 11 in as many Tests.

However, fullback Willie le Roux continues to operate on a wavelength foreign to what we’ve become used to. 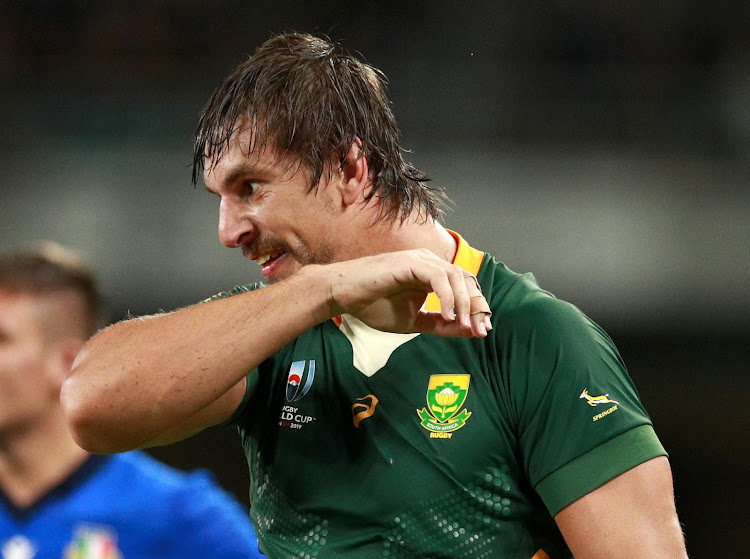 Up front, Pieter-Steph du Toit and Lood de Jager made some bone-rattling tackles and proved to be giants in the tight loose.

Eben Etzebeth, under a darkening cloud back home, didn’t seem too weighed down by what is potentially to come.

In conditions that were appreciably cooler than they encountered in their first two matches, the Boks only properly asserted themselves after the break and only once Italy were reduced to 14 men.

The ball didn’t seem any less greasy. An ankle tap to Handre Pollard inside his own 22 revealed just how slippery the ball was. To be fair, Pollard was risking a bit when he set off on that run.

Coach Rassie Erasmus will be pleased this one is out of the way. For him and his team, however, bigger battles lie ahead. 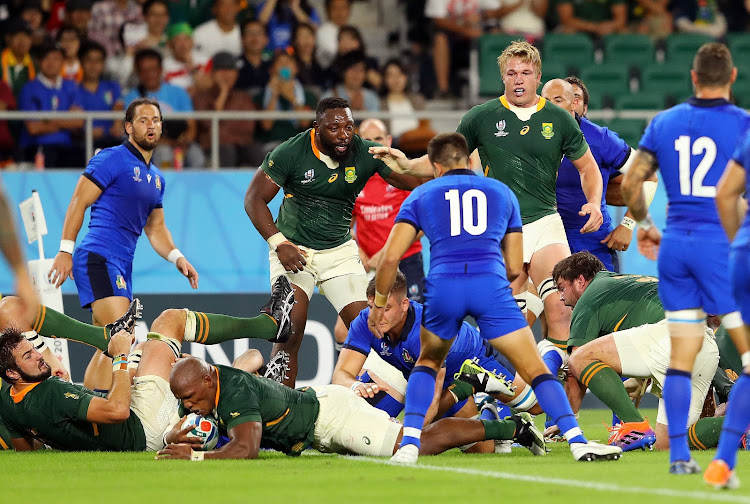 The Springboks are now top of Pool B.
Image: Rugby World Cup/Twitter