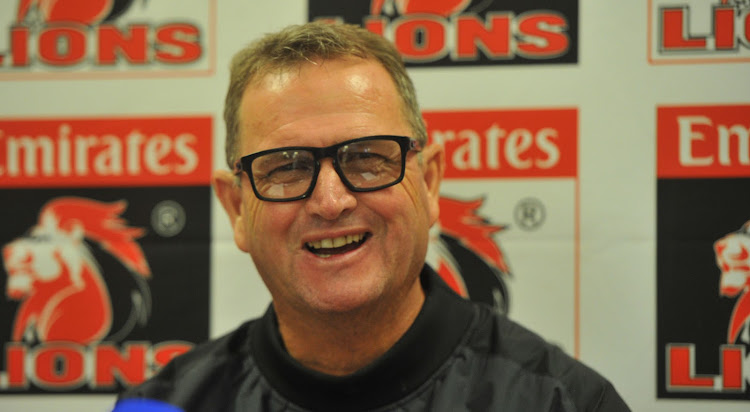 The Lions will have to start their hunt for a new Super Rugby coach very quickly after the franchise parted ways with Swys de Bruin.

De Bruin‚ who was part of the Lions setup for seven years as an assistant-coach and the Super Rugby head coach for the past two years‚ has endured a difficult 2019.

While the Lions reached last year’s Super Rugby final where they lost to the Crusaders‚ the Lions didn’t quite look the part they were under Johan Ackermann’s stewardship.

This season‚ the Lions dropped their normal high standards and didn’t make the playoffs for the first time in four seasons. In the previous three editions‚ they were finalists against the Hurricanes and twice against the Crusaders.

The Lions lost all three of those showpiece games‚ but as the 2018 unit‚ they didn’t quite have the sparkle and the grunt that made them formidable in 2016 and 2017.

Such was the change in fortunes‚ the Lions won only eight of their 16 regular season games and also lost home South African derbies to the Sharks and the Bulls.

The difficulty of De Bruin’s task has been such‚ he had to leave the Lions during their Australasia tour.

“Swys has made a groundbreaking contribution in the style of play and attacking patterns to the team whereby memorable tries have been scored at Ellis Park. On behalf of the management‚ players‚ and supporters we thank him and wish him well in his future endeavours‚” Straeuli said.

De Bruin‚ who also spent time as a backline consultant with the Springboks before stepping aside before the World Cup‚ said the Lions will always have a special place in his heart.

“It was an unbelievable seven years with the Lions family. Thank you to everyone who made it special and memorable. I pray for the team to receive God’s blessings. The Lions will always have a special place in my heart‚ and always remember as a team we play to score tries and inspire people by the way we play‚” De Bruin said.

The Springboks’ 66-7 rout over Canada effectively ensured their passage to the quarterfinals of the Rugby World Cup (RWC)‚ barring a result as ...
Sport
2 years ago

The Springboks have some small injury concerns.
Sport
2 years ago

Match would have gone ahead if the All Blacks needed the points, says Italy captain Parisse

Italy captain Sergio Parisse made no attempt to hide his disappointment at the cancellation of their final Pool B match due to Typhoon Hagibis, ...
Sport
2 years ago