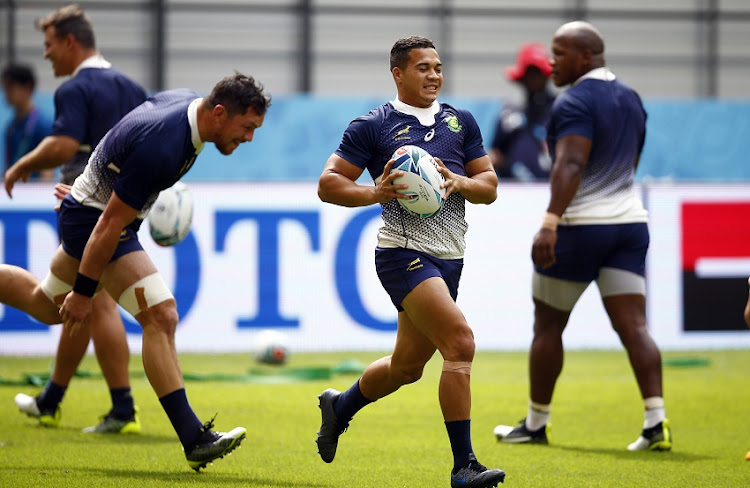 Cheslin Kolbe and Herschel Jantjies will both line up when the Springboks play Japan in their Rugby World Cup (RWC) quarterfinal here on Sunday.

Both carried minor injuries that have cleared and will be a crucial part of the Boks’ attacking plays against the quick-tempoed Japanese.

Japan hasn’t just dazzled with their superb handling but they have fronted up too‚ drawing the sting from Ireland and Scotland’s more sizeable forwards.

They have also been adaptable‚ a point Erasmus was keen to stress on Monday.

“They are varying their game.

"They only kicked eight times against Scotland but earlier against Samoa 32 times.

"Against Ireland they had a ball in hand approach. Tony (Brown) and Jamie (Joseph) analyse very well. It is going to be tactical challenge‚” Erasmus admitted.

By kicking just eight times against Scotland‚ Japan showed their confidence in possession but it may also be due to the fact that conditions are now less humid as they were back in September.

The ball is less greasy.

Erasmus was in no doubt that Japan are an improved team from the one the Boks easily beat 41-7 in the first week in September. 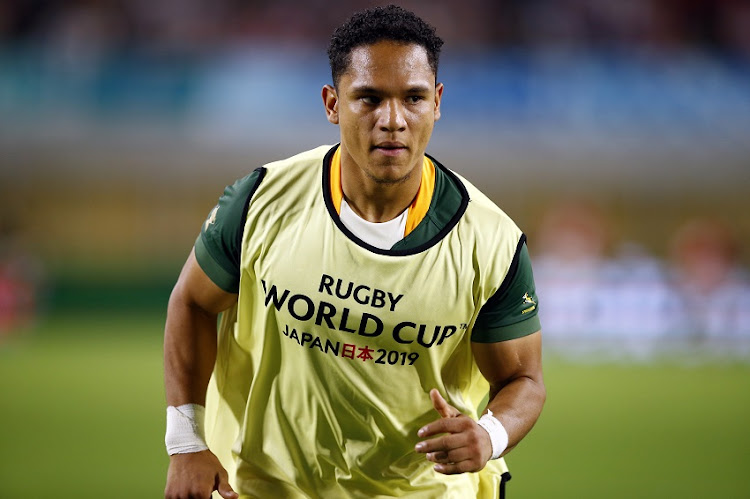 In fact‚ watching the hosts dismantle Ireland and Scotland in the pool stages should have left Erasmus with the nagging feeling that maybe Japan head coach Joseph was keeping his powder dry in that friendly.

Had they beaten the Boks‚ it would have put Ireland on high alert in their pool match.

“They have‚” said Erasmus when asked if he thought Japan had improved.

“I think we have improved too since our first game against the All Blacks. I think we are in for a great contest.”

“It will be interesting to see how both teams handle the pressure.”

With such a big media contingent it was almost inevitable the coach was going to be asked about the Springboks defeat to Japan at the 2015 RWC.

Erasmus is comfortable his players got that game out of their system.

“The reason for that warm-up game was to erase the Brighton game‚ so that if we play them in a play-off game that game hopefully does not get mentioned again‚" he said.

"It is one-all now. Now we go into the quarterfinals against a really tough team.”