Japan have extra incentive to down the Springboks 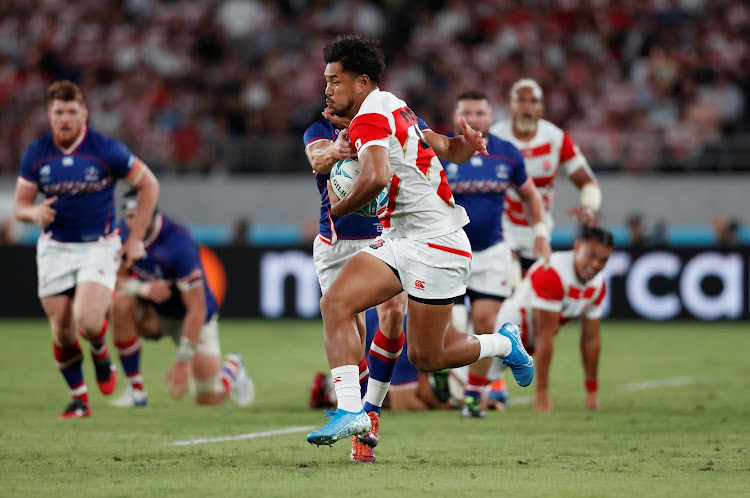 As if they need to be stirred up into greater frenzy‚ Japan will have extra incentive to down the Springboks in the Rugby World Cup (RWC) quarterfinal on Sunday.

The day will mark the anniversary of the death of Seiji Hirao‚ their former captain and head coach of the national team‚ who died three years ago from cancer‚ aged 53.

He coached them at the 1999 tournament.

“It's the date he passed away‚ so there’ll be a game on an important day for me as well‚” said fullback Ryohei Yamanaka‚ who was coached by Hirao at his club‚ Kobe Steelers.

Scrum coach Shin Hasegawa recalled the impact Hirao had on his career.

“I'm a bit emotional talking about Hirao‚” he said.

“The best memory is receiving a letter in my room a day before our opening match in the 1999 World Cup.

"It wasn’t that long but had things that encouraged me and made me feel‚ I need to fight for this man.

“I remember heading into the game with a good motivation.

"I asked him one time why I was chosen and he said‚ 'for the scrum‚ of course'‚ so I really focused on it. He really kept his eyes on me and was a great coach.”

Meanwhile‚ second-row Uwe Helu says his team have been inspired and energised by the passionate support they have received from the crowds during their World Cup adventure.

The noise level inside the International Stadium Yokohama was deafening as the Japanese supporters rallied behind their team against Scotland last Sunday.

They helped their team to a 28-21 victory over the Scots.

The country is firmly behind the team and it came as no surprise when organisers revealed that they’ve run out of team-related merchandise.

More than 200,000 official jerseys have been sold and stadium vendors have been requested to return whatever stock they have to Tokyo where there is a massive demand for the jerseys.

“We always know that if we keep winning‚ lots of people will support us‚” Helu said.

“It adds extra motivation. It’s such a good feeling. They just give us more energy‚ that’s for sure.”