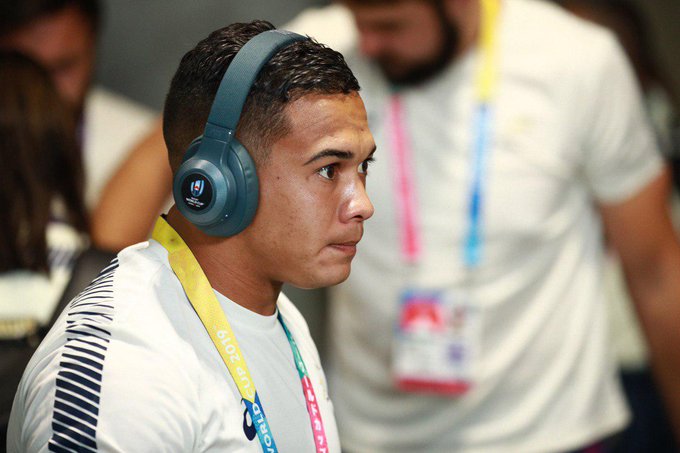 Cheslin Kolbe says Japan plays the kind of game he also likes and has warned the Springboks not to underestimate the hosts.
Image: @Springboks/Twitter

The world of rugby is one of order and it is reflected in the dearth of shock results at the Rugby World Cup’s (RWC) quarterfinal stage.

Since the tournament’s inception in 1987 there have been shock results‚ but not many.

By the time the tournament reaches the quarterfinals the sport’s elite‚ or tier one nations‚ tend to rise to the top.

This year Japan became the first Asian nation to reach the last eight‚ while Fiji in 1987 and 2007‚ Canada in 1991 and Western Samoa in 1991 and 1995 are the only countries from outside the tier one group to have advanced that far.

When England knocked defending champions Australia out of the 1995 tournament in the quarters it wasn’t that big a shock.

The Wallabies were a team in decline compared to the 1991 world-beaters‚ while England were going places. They had won the Grand Slam earlier that year.

The Springboks’ win over England in Paris in 1999 was somewhat of a surprise given the momentum Clive Woodward’s team were taking into that clash.

Sure England were runners-up in their pool behind New Zealand and faced the mild indignity of having to play a quarterfinal play-off match against Fiji‚ but they were seen as a team with an upward trajectory in their performance curve.

England dumped the Wallabies from the 2007 RWC thanks largely to a mighty scrummaging performance from loosehead Andrew Sheridan in Marseille.

The Wallabies‚ under John Connelly‚ had no answer to England’s white knuckle dominance in that facet.

Arguably the biggest upset at the quarterfinal stage of the RWC happened in Cardiff when France again upstaged the All Blacks.

This time they won 20-18 in part thanks to a try by the effortless elegant centre Yannick Jauzion that contained a forward pass not seen by referee Wayne Barnes.

Four years later France‚ having lost to Tonga and New Zealand in the pool stages went into their quarterfinal with England as underdogs.

Martin Johnson’s team had won the Six Nations that year and they were unbeaten in the pool stages.

They did‚ however‚ get up to mischief during the pool stages while they were on the South Island‚ including some dwarf-tossing.

Argentina’s 43-20 demolition of Ireland in the 2015 tournament continued the remarkable sequence of the latter not going beyond the competition’s quarterfinals.

That record may stay intact after this weekend.

It is Japan's stated aim to up the ante even further when they play South Africa in their Rugby World Cup (RWC) quarterfinal here on Sunday.
Sport
2 years ago