Enough talk of ghosts and hosts for the Springboks: it’s time to beat Japan 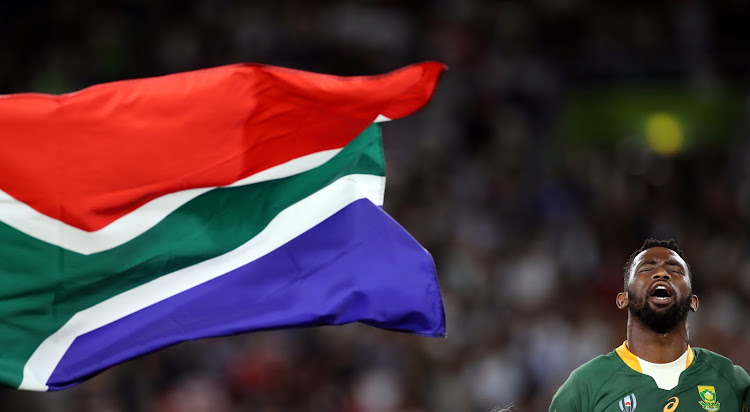 The spectre of an early Rugby World Cup (RWC) exit has loomed large over the Springboks almost from the very start of the tournament.

It is for that reason captain Siya Kolisi believes the team are unlikely to buckle under the pressure of playing in a RWC quarterfinal.

If anything‚ Japan’s Brave Blossoms are more likely to wilt as playing knockout rugby is something they are less familiar with.

Kolisi‚ however‚ is focused on his team and how they have prepared for Sunday’s knockout game at Tokyo Stadium.

“Luckily for us‚ it’s been do-or-die since the first game‚ so we’ve been in that mindset for a couple of weeks now‚” said Kolisi about the defeat they suffered at the hands of the All Blacks of New Zealand on the opening weekend of the tournament.

In a bizarre way that defeat has helped steel the Springboks for the rigours of knockout rugby as they had no margin for error in their matches against Namibia‚ Italy and Canada.

“It’s not like any other test match. It’s play-off time now. We have all prepared for it mentally‚ and the coaches haven’t put that kind of pressure on us.

“But we know what needs to be done. So I don’t think anybody needs to tell us that this is a big game. If we don’t know that already‚ then we are in the wrong place‚” Kolisi insisted.

One thing he certainly won’t do is underestimate Japan.

They’ve beaten Ireland and Scotland and topped their pool for the right to play the Boks.

Moreover‚ that defeat against the Brave Blossoms four years ago is a hard memory to erase.

“That was very tough to lose that match in England.

"That stuck with us until that game when we got here [before this World Cup]. It’s something that we never want to go through again.

“But they are a much better team now‚ and it was good to play that game before the World Cup‚ just to get that monkey off our back.

“Now it’s a different game again. We are going to have to be at our best again‚ because they have really improved as a team – they are much better now than four years ago.

"So‚ we are looking forward to the challenge.”

Although the Boks went through their drills on a wet surface on Friday‚ and with more rain being predicted for Saturday‚ things are expected to clear up by Sunday.

With a dry surface Japan will be hell bent on deploying their nippy runners‚ especially their two leading try-scorers‚ wing Kotara Matsushima and Kenki Fukuoka.

Matsushima is the competition’s joint-leading try-scorer with five.

“He has proven that he can compete against the best teams.

“We have nothing specific [in place] to watch one person – their whole team have been doing well‚ and he’s getting great opportunities because the team are doing well with ball in hand.

“It’s all about controlling the pace of the game‚ and gaining momentum. They get a lot of front-foot ball‚ and he works really hard.”

The Bok skipper was also quizzed about his previous encounters with Pieter [Lappies] Labuschagne‚ who toils relentlessly in Japan’s pack.

“Yes‚ I faced him in the Currie Cup and Super Rugby – he was playing for the Cheetahs at the time.

By the time kick-off arrives the Boks will slip into a different mode. Enough of talking up the hosts‚ it will be down to business.

The world of rugby is one of order and it is reflected in the dearth of shock results at the Rugby World Cup’s (RWC) quarterfinal stage.
Sport
1 year ago

As the Rugby World Cup (RWC) enters the knockout stage‚ TimesLIVE has come up with five keenly-anticipated match-ups in the quarterfinals:
Sport
1 year ago