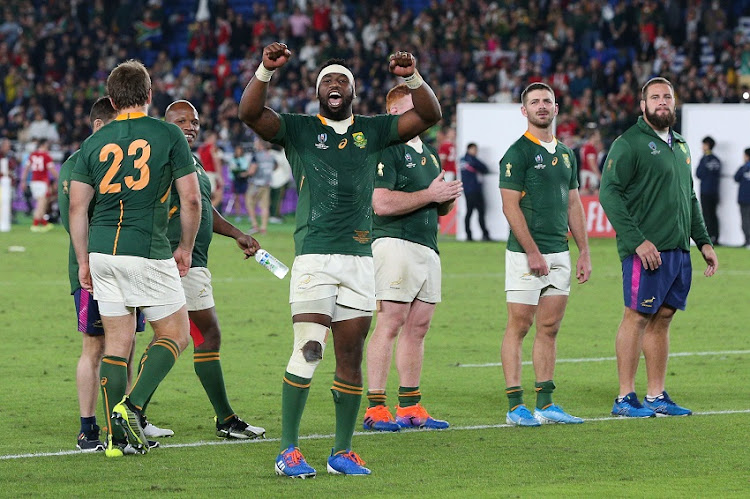 Siya Kolisi will have extra motivation when he leads South Africa in the Rugby World Cup final against England in Yokohama on Saturday after his wife Rachel revealed that two special fans are on their way to Japan to support the Springbok captain.

Not only will it be Kolisi’s 50th match in the green and gold of the Springboks‚ the Bok skipper will also have his father‚ Fezakele‚ and his father-in-law cheering for him from the stands at the Yokohama Stadium.

It will be Fezakele's first trip abroad having never travelled outside of the country before.

“My dads are on their way to Japan. Utata’s first overseas trip‚ what a time to be alive‚” Rachel wrote on her Instagram account.

The Springboks will be gunning for their third World Cup title and a second against England having beaten the English in the 2007 final in Paris.

My dads are on their way ?? Utata's first overseas trip - what a time to be alive ??

The last time the Springboks played in a Rugby World Cup final a 16-year-old Kolisi watched it at his local tavern in the Port Elizabeth township of Zwide as South Africa beat England 15-6 on October 21 in 2007.

The final will be televised live on SABC2 from 11am.

They may be vying for the same spot in the team but Francois Louw underlined the value of Siya Kolisi to the Springbok cause on the cusp of the ...
Sport
2 years ago

The last time the Springboks played in a Rugby World Cup final their current captain Siya Kolisi watched it in a tavern.
Sport
2 years ago