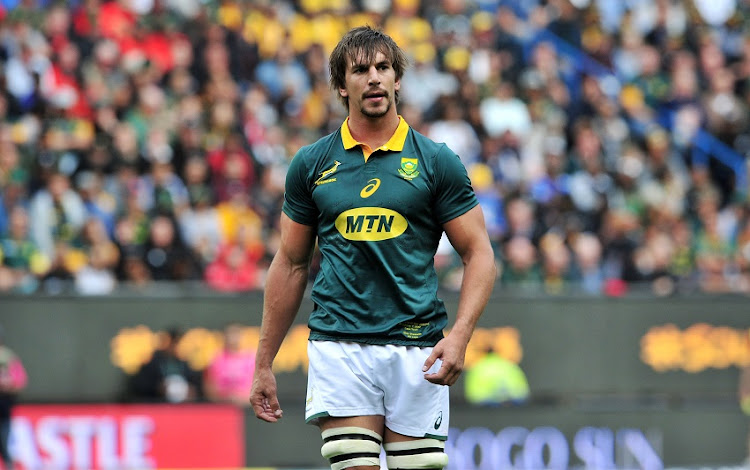 Totalsports announced it would remove all posters featuring Springbok Eben Etzebeth from its stores.
Image: BackpagePix

Sports clothing store Totalsports' decision to remove all posters featuring Springbok Eben Etzebeth ahead of the Rugby World Cup final has seen a backlash from the public.

The retail store announced via social media that it would be removing all posters featuring Etzebeth from all its stores.

The company said the media controversy around Etzebeth was “felt in our stores”.

“As a brand, we don’t do controversies, we do sport — so we made the decision to remove his poster.

“Without taking sides or passing judgment, we wanted to make sure all our customers feel comfortable in our stores,” it said.

TimesLIVE reported that Etzebeth was accused of physically and racially abusing four people during an altercation outside a pub in Langebaan, Western Cape, in August. The four are claiming R1m in damages.

The 27-year-old has, however, denied the reports posted on social media about the alleged incident, saying that they are “completely untrue and unfounded”.

“It is completely untrue and unfounded to claim that I physically or racially abused anyone in Langebaan, as has been reported on social media. Multiple witnesses can corroborate that.

“I am and will always strive to be a true ambassador to this beautiful rainbow nation and the sport that I love.”

Springbok lock Eben Etzebeth has been accused on social media of assaulting a man in Langebaan over the weekend.
News
2 years ago

Totalsports' statement was met with massive outrage on social media, as many social media users vowed to boycott the store.

Here is a snapshot of some the reactions:

The Afrikanerbond is sticking to its guns, accusing the head of legal services at the SA Human Rights Commission (SAHRC) of using the row over Eben ...
News
2 years ago

With the final of the 2019 Rugby World Cup in Japan looming, Totalsports announced that it has removed posters of Springbok lock Eben Etzebeth from ...
Sport
2 years ago

It was with one eye on the final that Springbok coach Rassie Erasmus made the hard decision to omit wing Cheslin Kolbe from his team to play Wales in ...
Sport
2 years ago