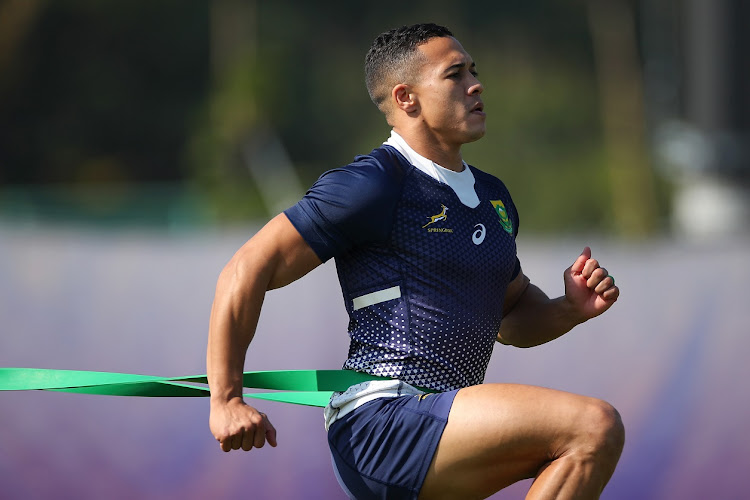 Springboks Pieter-Steph du Toit and Cheslin Kolbe are two of six players who have been nominated by World Rugby for the prestigious player of the year award.

The nominations are just reward for the multi-skilled loose-forward and the fleet-footed wing, both of whom will be starting in Saturday's Rugby World Cup final against England in Yokohama.

The winner will be crowned on Sunday at the World Rugby awards where the two will hope to follow in the footsteps of 2007 Rugby World Cup winners Schalk Burger and Bryan Habana.

The loose-forward and winger duo won the award in 2004 and 2007 respectively.

Other men's players who have been nominated for the award are Tom Curry (England), Alun Wyn Jones (Wales), Ardie Savea (New Zealand) and Joe Taufete’e (USA).

England's Curry has been excellent for his team while Jones drew the curtain on his storied career after Wales lost 40-17 to New Zealand in the third-place playoff on Friday.

Savea has been impressive for the All Blacks despite his team failing to defend their title. However, Du Toit and Kolbe have been immense for the Springboks.

Having completed his move to blindside flank, Du Toit has more than owned the spot and has got through his work without much fanfare.

He has been a critical cog of the Springbok team, while Kolbe has been the bright spark in a misfiring backline.

Kolbe, who missed the 19-16 semifinal win against Wales because of injury, has silenced detractors who have questioned his size suitability for Test rugby with consistently excellent performance.

Kolbe and Du Toit will be expected to play out of their skins in Saturday's final.

The Springboks have also been nominated as one of the World Rugby teams of the year while coach Johan “Rassie” Erasmus and scrumhalf Herschel Jantjies scored coach of the year and newcomer of the year nominations.

Japan had an emperor enthroned last week but the occasion of Siya Kolisi leading the Springboks in his 50th Test in tomorrow’s Rugby World Cup final ...
Sport
2 years ago

England favourites? Boks may be 'too strong' in World Cup final

England are clearly the team smelling like roses ahead of Saturday’s Rugby World Cup final against South Africa in Yokohama.
Sport
2 years ago