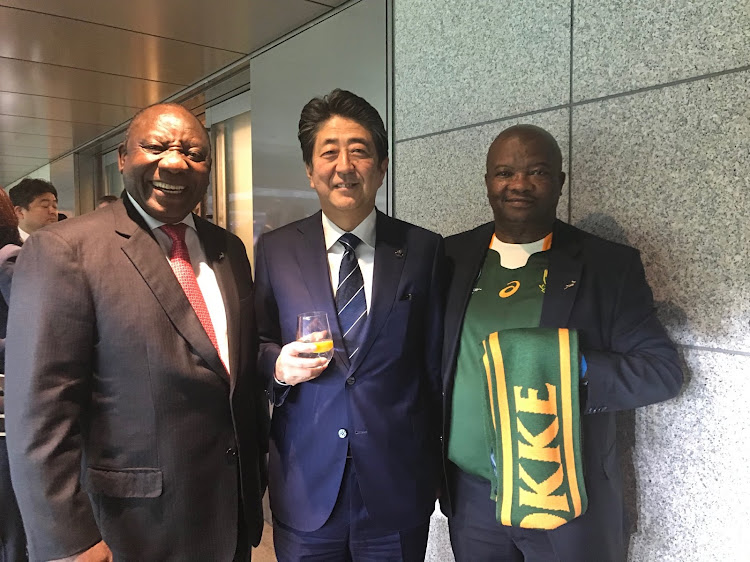 Former sports minister Fikile Mbalula has hailed the Springboks for beating England in the final of the 2019 Rugby World Cup, saying their win was good for SA’s “project of social cohesion”.

Now transport minister, Mbalula said the Springboks were mentally strong and knew how to represent the country on a world stage.

“This is an inspiration to the nation, knowing that the project of nation-building is never too easy. The Springboks are the glue that keeps that alive and it is important in that regard,” Mbalula said shortly after the Boks’ 32-12 victory in the final at International Stadium Yokohama in Tokyo.

“It is beyond imagination, we have to reimagine and then we imagine ... that today, the idea of a black South African lifting the trophy, it is something else.

He also applauded coach Rassie Erasmus for his contribution to the transformation agenda for rugby.

“Rassie Erasmus must be saluted and his team because they were brave to give these kids a chance to shine on the world stage and they showed that they are not tokens,” said Mbalula.

He said the win would lift the nation's spirits.

“Rugby is a sport that everybody looks at because Africans and the populace in general have been excluded from the sport for some time,” the minister said.

“You may not find numbers of people supporting the sport, you will only find white compatriots largely behind rugby.

“With the Springboks, there has been much appreciation. You can see that there are inroads, black kids are making it big.”

UDM leader Bantu Holomisa, who was at the International Stadium Yokahama, said the Springboks outclassed England in every department.

“In terms of the win, we know that the whole country was behind the Springboks in terms of fighting for one cause. I think we have achieved that,” Holomisa said.

“The truth of the matter is that we have 'Brexited' them from the international rugby arena,” said Holomisa.

The Springboks are on top of the world again!
Sport
2 years ago

'You have already won! God bless you': The Arch sends wishes to Boks ahead of final

Archbishop Desmond Tutu sent a message of support to the Springboks ahead of the Rugby World Cup final on Saturday.
Sport
2 years ago