Springbok captain's arrival delayed, but Mapimpi and Kolbe will land on time 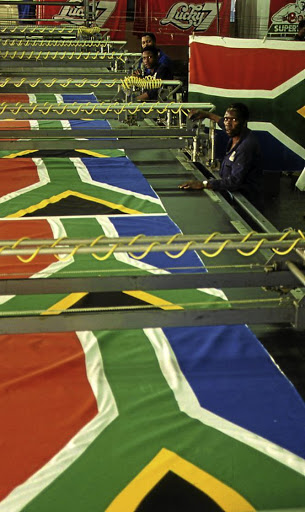 The arrival of some members of the Springbok team on home soil has been delayed.

“The flight carrying Rassie Erasmus, the director of rugby, Springbok captain Siya Kolisi and vice-captain Handrè Pollard, amongst others, has been delayed due to technical problems in Sydney and will now only land after 19h00 on Tuesday,” the team announced.

Other flights carrying members of the Rugby World Cup (RWC) squad are still expected to land at OR Tambo International Airport in Johannesburg at about 4.30pm to 4.45pm on Tuesday.

The first batch of players, which includes Pieter-Steph du Toit, Duane Vermeulen, Cheslin Kolbe and Makazole Mapimpi, are due to arrive on time.

The Springboks will kick off their RWC Champions Tour in Gauteng on Thursday, with the parade including stops in Pretoria, Johannesburg and Soweto.

The squad will also parade the Webb Ellis Cup in other locations, before concluding the tour in Cape Town on Monday. Full details will be confirmed closer to the time.

🛬‼ UPDATED ARRIVAL INFORMATION! Due to a technical delay in Sydney, one of the flights bringing the Boks home, will only land after 7pm tonight. Other flights are still on time. Details here: https://t.co/oZgWgwNJZy pic.twitter.com/Fn0jXGGwy8

The Rugby World Cup brought tears, joy and plenty of laughter (to say the least). But would it really be a South African victory if humour was not a part of the equation? The memes that came out of the 2019 Rugby World Cup were shady, corny and downright hilarious.

#FindBrian: He promised to propose if the Boks won

In the wake of the Springboks victory over England in the 2019 Rugby World Cup (RWC) in Japan on Saturday, some South Africans are making a U-turn on ...
News
1 year ago

In beating England 32-12 in Yokohama on Saturday‚ the Springboks not only became the second team to win three World Cups after New Zealand but they ...
Sport
1 year ago

Many celebrated the Springboks' victory over England in the Rugby World Cup on Saturday, but some cried tribalism
News
1 year ago