Siya Kolisi: Roc Nation can open doors for me globally to help others 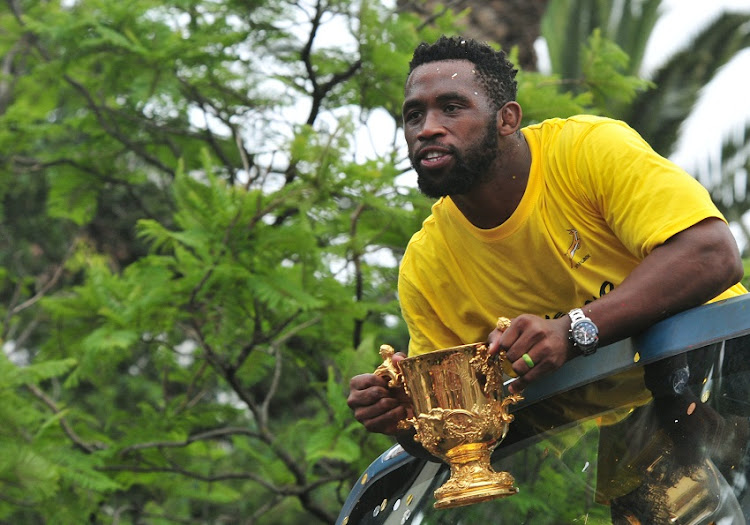 The past few weeks have been a whirlwind for Springbok captain Siya Kolisi.

He led South Africa to a Rugby World Cup triumph last month in Japan‚ which was followed by trophy parades in major cities. He signed for Roc Nation Sports International‚ which was founded by hip hop superstar Jay-Z.

He also spent some time at the home of his favourite football club Liverpool at Anfield where he was pleasantly surprised by the “humble” stars of the English Premier League log-leaders.

Talking to Robert Marawa on his online Marawa TV programme on Thursday night‚ Kolisi said: “It all happened in a short space of time.”

He also recounted his tough upbringing in the township of Zwide in Port Elizabeth where he used to walk barefoot to school and didn’t know where his next meal was going to come from.

“I think of those days I used to walk to school with no shoes‚ I didn’t own a pair of socks and I couldn’t eat‚” he said.

“My motivation is to create opportunities that I never had for others and hopefully my story will inspire people‚” Kolisi said‚ adding that signing for Roc Nation will open doors for him globally.

“I never thought it will get to this to be honest. Never in my wildest dream I imagined something like this happening to me and that I will one day be associated with an organisation like Roc Nation.

“I sit there and think that it was good that I kept dreaming when I was young and it is good that I did not stop or give up.

“I know for a fact that Roc Nation can open doors for me globally and I am hoping that I can touch people around the world. There is no ways in my human power I can do this alone – my wife [Rachel] humbles me very quickly. I go to church and that’s where I find my strength and that’s where as a family we get blessings.

“They believe I can touch so many lives and they called everybody to get me. That alone said to me that these guys believe that my story can touch people.”