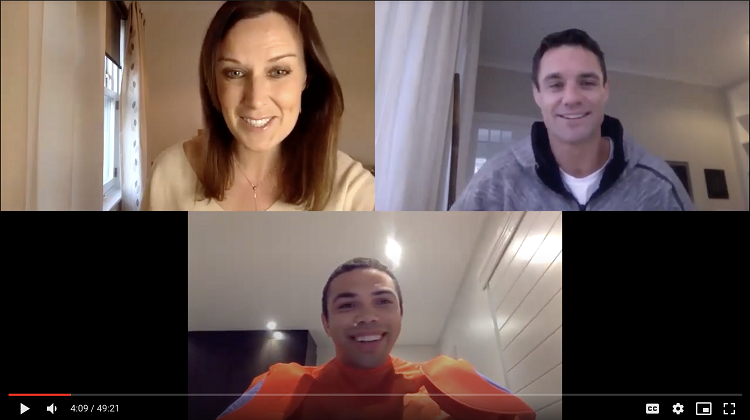 They spent their illustrious international careers on opposite ends of a legendary rugby rivalry, now Bryan Habana and Dan Carter have joined forces to provide something special in the absence of live action.

Former Springbok star Habana became the first guest in his All Blacks contemporary's newly launched show, 'Kicking It', a diversion which rugby fans would no doubt appreciate, after the Covid-19 pandemic necessitated the cancellation or postponement of tournaments and matches which ordinarily be scheduled for this time of the year.

Carter also invited Scottish Rugby TV presenter Lee McKenzie, as peers, ex-team mates and friends reminisce about everything from their career highlights and best moments on the field, to their families and the lockdown.

During their chat, the two touched on how they viewed each other on the field play, with the Kiwi legend calling Habana 'one of those annoyingly good players who used to annoy the hell out of me'.

Likewise, the second-most try scorer in the world paid Carter the highest praise, saying 'Dan and Richie (McCaw), were the two players that from a video analysis view point would get hammered to us by the coaches, they’re two of the best rugby players the world has ever seen... Their aura formed the crux of the team they were playing in, Dan in particular was so good at changing and manipulating situations, and it really did become frustrating'.

About the show, Habana said: “Getting to catch up with Dan and Lee and talking all things from life in France to going through lockdown with young kids, just again highlighted the wonderful camaraderie that rugby has. To be the first guest, on a show that promises to be extremely popular, was amazing and no pressure to all the other guests on what they wear!”

The duo also shared what effect winning or losing a World Cup championship have on their respective countries' national psyche, as Habana underlined his point by echoing Siya Kolisi's statement about what pressure in SA truly is.

Wallabies flyhalf Matt Toomua has joined calls for a rethink of the Super Rugby competition once the sport re-starts after the coronavirus shutdown.
Sport
2 years ago