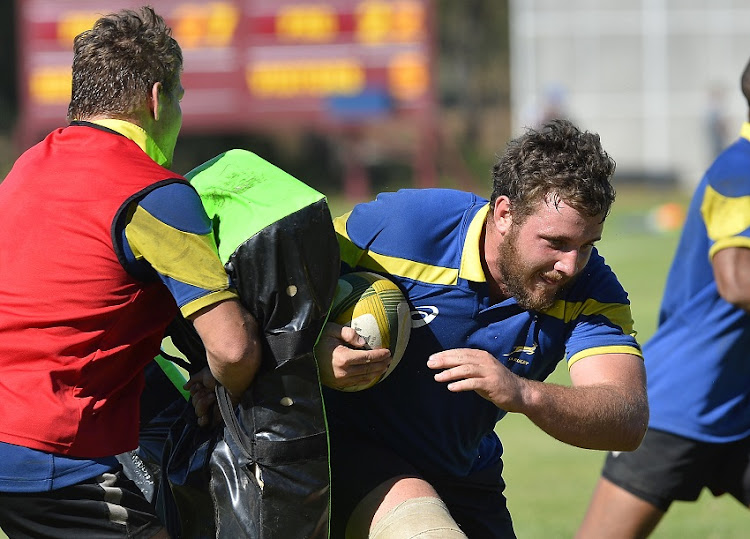 Jake White's rebuilding exercise at the Bulls continued unabated on Tuesday when the Pretoria franchise announced that the exciting trio of Johan Grobbelaar‚ Gerhard Steenekamp and Muller Uys have signed new contracts at Loftus.

The three players have Super Rugby experience and participated in this year's tournament before the coronavirus pandemic brought the season to a halt.

“Their skillset and hunger for more only boosts the Bulls playing stocks as they continue to cut their teeth in the Southern Hemisphere's premier rugby competition.

"Grooming the next generation of youthful talent is a critical pillar in the success of any team‚ and is something that the Bulls Family have taken immense pride in over the years‚” said the Bulls in a statement.

Over the past few weeks the Bulls have signed ball-carrier Arno Botha‚ Springbok utility back Gio Aplon and Bok prop Marcel van der Merwe. Edgar Rathbone arrives next month as chief executive officer to take over from departing Alfons Meyer.

The 22-year-old Grobbelaar‚ who cut his teeth with the Bulls and the Springboks junior teams and is equally adept on the side of the scrum‚ made his Currie Cup debut in 2017 before earning a Super Rugby call-up in the following year.

Steenekamp made his Super Rugby debut off the bench against the Stormers earlier this season and is in a unique position to be the understudy of two Springbok props in Trevor Nyakane and Lizo Gqoboka.

His powerful scrummaging ability is one of the many skills he has shown and his immense mobility as a front rower and ball skills could rival a backline player.

Uys stood up during last year's SA Rugby U21 Championship as he led his team all the way to the final where they emphatically overthrew rivals Western Province to lift the trophy.

His prowess as a No.8 was rewarded this season as he made his Super Rugby debut against the Highlanders and he followed up with another eye-catching performance against the Reds before their Australasian tour was cut short.