How a scholarship from the Bulls changed Abongile Nonkontwana's life 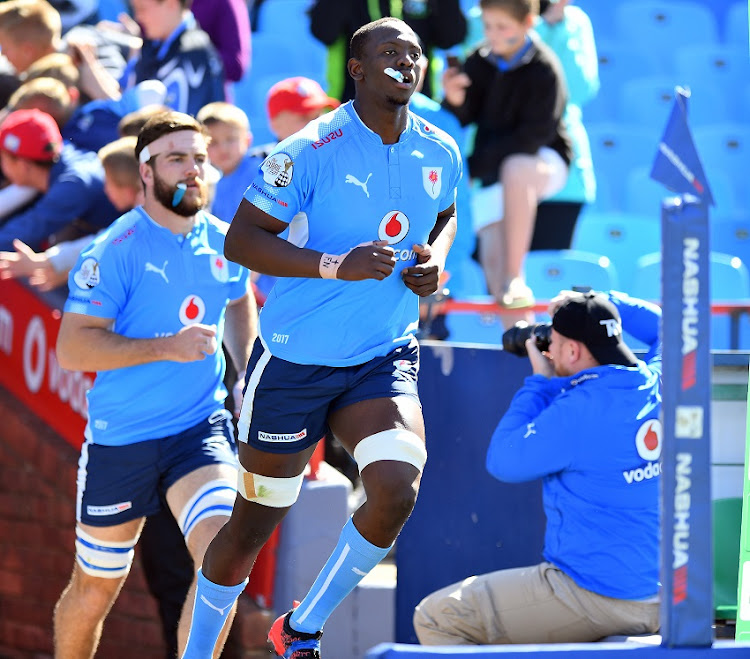 After hitting form in the Guinness PRO14 with Cheetahs last season‚ Bulls loose forward Abongile Nonkontwana has set his sights on a possible national team call-up and steering the Pretoria giants to the Super Rugby final.

Nonkontwana‚ from the Eastern Cape‚ had represented South African Schools and also went on to play in the World Rugby Under-20 Championships for the Junior Springboks.

The 25 year-old Nonkontwana says that ever since being handed a golden opportunity bursary by the Bulls to nourish his rugby skills he never “looked back”.

"When I was 16 years old‚ I was approached by the Bulls and they also offered me a scholarship at St Alban’s College in Pretoria‚” he said.

The school had previously produced top-class players for franchise rugby in South Africa such as Bongi Mbonambi (the Stormers)‚ Kurt Haupt (Kings)‚ Jason Jenkins‚ Jade Stighling and Abongile Nonkontwana (all the Bulls).

“I went pro at the age of 19 and I haven’t looked back‚” said the former Free State Cheetahs lock.

Nonkontwana was raised by his mother after the death of his father‚ who was his idol. The players said his mother did not want anything to do with rugby as she feared for the worst due to the physical nature of the game.

“It was tough for me to be away from home and also for my mom to have her only son so far away‚” he said.

“My mom and I were starting to clash quite a bit about my rugby. She didn’t want me playing rugby anymore.

“She doesn’t know much about rugby and she was also worried about all these offers coming my way. But she could see I had the guidance of some good people helping me make those decisions.”

The bulky loose forward says it took his mother some time to understand the game but she eventually got to know the basics.

“And she reached a point where she said she was just happy to see me happy‚ even if she didn’t understand the game and everything around it.

“I think she felt that she’d already lost her husband and now she was worried that the increasing physicality of the game could see herself losing her son as well. But she could also see how much I loved the game‚ and eventually she agreed to let me continue playing.

“She even bought me a pair of rugby boots when she agreed to let me continue playing.”