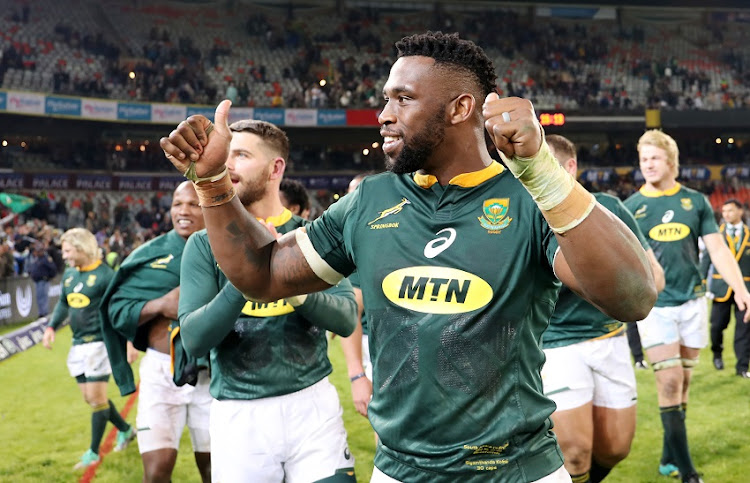 Springbok captain Siya Kolisi has added his voice to the conversation around the Black Lives Matter movement after fans questioned his silence.

In a heartfelt video on Instagram, Kolisi said black lives matter on and off the sporting field.

He said for a long time he felt his life didn't matter, and having to assimilate to “white culture” at a young age proved there was still a long way to go.

“When I started in rugby, I had to conform,” said Kolisi.

“Everything was done in Afrikaans. I couldn't understand a word and I felt stupid. Even though I was representing SA, I didn't feel like I was part of the team because my culture wasn't there.”

Kolisi said at times he never felt valued enough in his team, but had to “feel grateful” for making the team in 2013.

He said things only started to change after Rassie Erasmus was appointed as coach of the Springboks in 2018.

“Coach Rassie addressed the issue of transformation from the start,” said Kolisi.

“He said we needed to transform as a team, and not only by just having people of colour but also by changing the environment and changing from the inside.”

Kolisi said the term “Stronger Together”, which was the slogan for the national rugby team in 2019, loses its meaning when everyone's life is not valued.

“If my suffering and my pain does not affect you, then we're not actually stronger together. Black lives matter.

“I've failed as a leader because of being silent, but that's over. I will speak, even if it is going to cost me my place. It doesn't matter because the next generation can't suffer like we did,” he said.

The Black Lives Matter movement took centre-stage at the 3TeamCricket tournament for the Solidarity Cup that was deservedly won by the AB de ...
Sport
2 years ago