Elton Jantjies warms to the challenge of a new competition 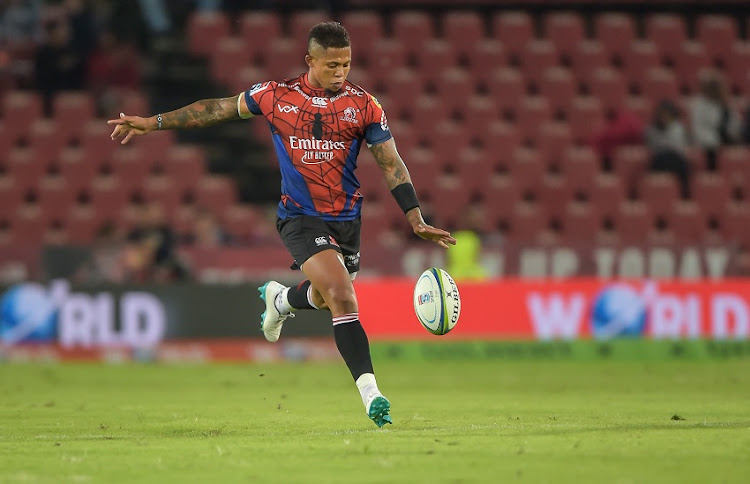 By the sheer weight of his statistics‚ Elton Jantjies is one of Super Rugby's brightest stars.

He kicked a record nine penalties against the Cheetahs at Ellis Park in 2012. He kicked a record 54 conversions in the 2017 season. Having amassed 1103 points in a career spanning 10 seasons‚ he is the fourth highest scorer in the competition's history.

As one of Super Rugby's overachievers‚ will Jantjies miss the competition which helped shape him as a player?

“No comment‚ on that one‚” he sheepishly offered on the eve of the downsized home-based Super Rugby Unlocked (SRU) tournament.

His fortunes in Super Rugby were inextricably linked to that of the Lions who were easy beats until they adopted an approach in which the accent firmly fell on scoring tries six years ago.

Jantjies‚ whose touch is as assured from the hand as it is from his left foot‚ became the team's talisman and orchestrator in chief.

Will the home-based Super Rugby Unlocked competition provide him the same platform as the previous iteration of Super Rugby‚ which was so abruptly halted in March?

“It is different‚ having a combined SRU and Currie Cup in one. Its something that we adapted to. It is something new and it is a great opportunity in South Africa with both cups available‚” he said about the competition in which the points in SRU will be carried over into the Currie Cup.

As was the case earlier this season‚ Jantjies will have much to ponder. He takes charge of a Lions team desperate to atone for the poor start to the season in February and March. They lost five of their six matches before the tournament ground to a halt.

“We are committed to each other as a group during lockdown. We reflected on the way we played and we reflected individually as well‚” said Jantjies before explaining he is ready to call on the advice elsewhere in the group.

“We have a couple of leaders back. Jaco Kriel and Ruan Dreyer‚ that is good for the system.

“We have Jannie (du Plessis) and Willem (Alberts) who are very experienced. You take it in whenever they speak. Burger (Odendaal) has been a captain at the Bulls.

“It is an exciting thing for me to see a good blend of experienced and young guys combining. It's exciting at training‚ very challenging. We make it as hard as possible for each other to get the best out of you. I feel it is going to be a good season ahead.”

Jantjies is upbeat about his own game and believes he has rid himself of the cobwebs lockdown had layered.

“(I) got much-needed playing minutes under the belt. Had a good warm-up‚ got 50 minutes and then last week another 70.”

With the SRU and the Currie Cup likely to test endurance and stamina through the festive period and into the new year‚ squad rotation will have to be managed carefully.

In Gianni Lombard‚ the Lions have a player capable of deputising for Jantjies‚ while also establishing himself in the last line of defence.

“I think everybody saw he is an unbelievable talent‚” said Lions coach Ivan van Rooyen.

“He is comfortable at 10 and 15. He is brilliant in both. Depending what we need in the game we can move Elton somewhere. He can be a greater attacking and kicking threat from the back as well‚” said Van Rooyen.