Dominant Stormers power to victory over plucky Lions at Newlands 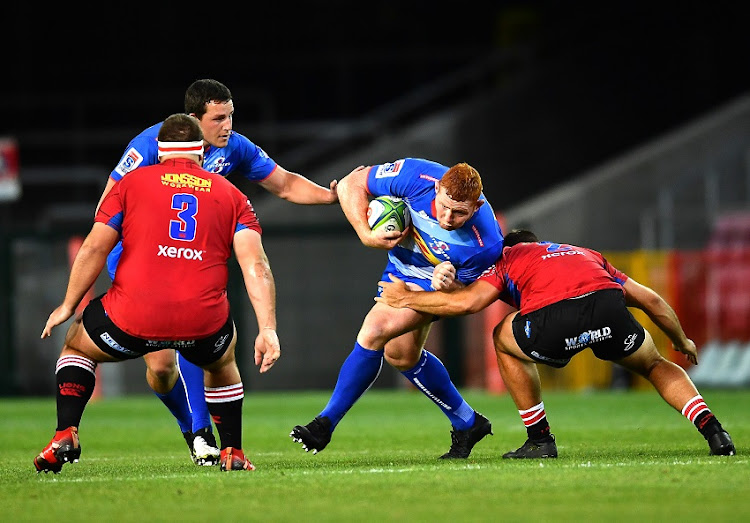 For 50 or so minutes the Lions succeeded in avoiding the Stormers' clutches on Saturday night.

When Steven Kitshoff and the rest of the Stormers scrum finally caught up with the visitors, size, technique and experience took its toll as the home side recorded a 23-17 win at Newlands.

It was the Stormers first win of the campaign while the Lions were condemned to their second consecutive defeat away from home.

It was a battle of contrasting styles with the Stormers and their Springbok-laden pack intent on contesting the battle at close quarters, while the Lions were desperate to explore space and width.

In that, the visitors succeeded in the first half and it helped that their pack matched the Stormers despite the hosts enjoying 73% of the territory.

The Lions however walked a tightrope and they needed their game management to be spot on. In that regard captain Elton Jantjies pulled all the right strings apart from one stray pass, while rookie scrumhalf Morne van den Berg played with zip.

The Lions profited by exploring width when they splendidly turned defence into attack that led to a try for wing Rabs Maxwane. Jantjies was caught in possession by Sergeal Petersen but the flyhalf managed to rid himself of the ball before the Stormers' cavalry arrived.

The ball was whipped to the left to where Jaco Kriel made a customary penetrative dart up the touchline. Once he was confronted he offloaded to Jantjies who quickly transferred to the speeding Maxwane who ran in unchallenged.

The Joburgers could have considerably stretched that advantage had a Kriel pass not been ruled forward in the build-up to man of the match Burger Odendaal.

Kriel was hardly under duress when he made the pass and it was elementary errors of that kind that conspired against the Lions. Some of them were technical, like their infractions at the breakdown but some were eminently avoidable.

Referee Rasta Rashivhenge was particularly hawkish with the shrill of his whistle dominating proceedings. He wasn't as hawkish in the last move of the game however when the Stormers defended determinedly to hold on for the win.

The Stormers will be hugely relieved to have overcome a plucky Lions team and get their campaign going with a win. For the Lions, a second defeat on the road will be a bitter pill to swallow.

Boks pull out of Rugby Championship

Rugby fans were put out of their misery when SA Rugby finally announced they will be withdrawing the Springboks from this year’s Rugby Championship.
Sport
1 year ago

Springboks in a fix

The Springboks' withdrawal from the Rugby Championship (RC) may have left the Sanzaar alliance on even thinner ice but it is unlikely to be the ...
Sport
1 year ago

Bulls succumb to the Cheetahs

The more incisive, and ultimately decisive Cheetahs kept the Bulls at arm's length for large chunks of their Super Rugby Unlocked clash in ...
Sport
1 year ago