Griquas fall to the Pumas in Kimberley 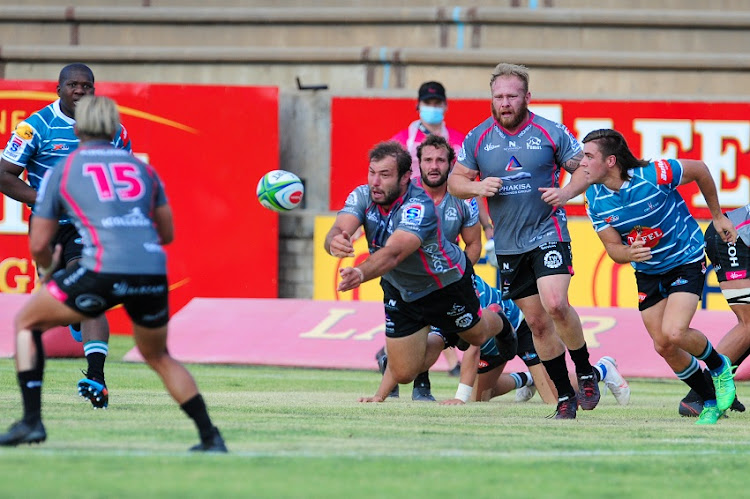 The Pumas bounced back from their big defeat against the Cheetahs last week to claim a crucial 27-21 win against the Griquas in Kimberley on Saturday.

It was a second consecutive defeat for the Griquas, who again ran out of gas when they needed to step up.

The Pumas took a deserved 17-11 half-time lead, which could have been more if the Griquas didn’t steal a late first half try by Victor Sekekete.

The hosts took an early lead through a George Whitehead penalty and through their lively scrumhalf Zak Burger, asked plenty of questions.

The Pumas though, were organised defensively and weren’t breached until the end of the first half. Eddie Fouche’s defensive organisation from flyhalf had plenty to do with this, but Devon Williams at fullback made sure the Pumas played rugby in the right areas of the field.

And when the played in the right areas, they came back with points in the form of two tries through scrumhalf Ginter Smuts and right wing Neil Maritz.

Smuts wormed his way over from close ranged in the 20th minute after a quick tap penalty while Maritz’s long range effort that exploited an overlap in the 37th minute gave the Pumas a 17-6 lead.

Whitehead had added a 24th minute penalty, but Sekekete’s try from a rumbustious rolling maul cut the deficit to six points.

Fouche’s (12 points) accuracy with the boot started to become the difference has he didn’t miss any kicks as compared to Whitehead’s (eight points) earlier missed penalty and conversion.

Those missed points proved crucial when replacement lock Adre Smith crossed over from a rolling maul on the hour mark.

The conversion narrowed the gap to 20-18, but the Griquas, who dominated the scrums, but terrible in the line-outs, weren’t able to press home the advantage.

When the Pumas got into the Griquas half, they looked dangerous and when Williams was on the end of two excellent offloads from Fouche and replacement loose-forward Phumzile Maqondwana in the 71st minute, the Pumas held a nine-point lead.

What let the Pumas down was their sloppy work at the breakdown where they were unable to always press home their line-out advantages.

Whitehead narrowed the gap to six points with a 74th minute penalty, but they had too much to do. The 78th minute scrum the Pumas won summed up the smart, yet physical manner in which they won the game.