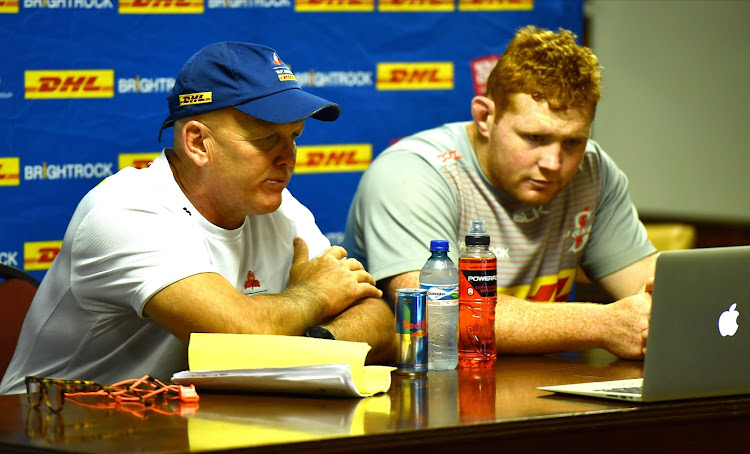 Western Province have been dealt a hammer blow ahead of their Currie Cup semifinal against the Sharks at Newlands on Saturday.

Covid-19 protocols will preclude influential loosehead and stand-in captain Steven Kitshoff from taking his place in the front row.

His absence due to contact with a suspected positive case will come as a huge setback to the team hoping to build on their burgeoning reputation as the competition's foremost scrummagers.

Without Kitshoff‚ the competition's standout loosehead‚ that claim will be hotly disputed by the Sharks who will now fancy their chances of getting a foothold in the scrums.

The captaincy reverts to Siya Kolisi‚ who had missed the previous two matches due to Covid-19 protocols. Kolisi returns to a backrow that also includes Juarno Augustus and Johan du Toit.

SA’s director of rugby Rassie Erasmus has raced to defend the integrity of the Currie Cup after the standard of play in the tournament was questioned ...
Sport
1 year ago

Lock Salmaan Moerat is also back in the team‚ while loosehead prop Ali Vermaak has the task of filling the boots vacated by Kitshoff.

The backline that did duty in WP's victory against the Cheetahs in Bloemfontein three weeks ago remains unchanged. Head coach John Dobson said that his team is intent on making the most of every minute in potentially their farewell match at Newlands.

“We have earned the right to play this semifinal at Newlands and we want to deliver a fitting performance on Saturday.

"We have had time to prepare properly and we are fielding a number of settled combinations‚ so the challenge is to go out there and put together an 80-minute performance and secure our place in the final next week‚” he said.

The challenge for Western Province and the Sharks will be to hit the deck running in the semifinal.

Sharks coach Sean Everitt says his charges will have a good chance of reaching the Currie Cup final if they manage to nullify Western Province’s ...
Sport
1 year ago

Neither side has seen any action since their respective matches against the Cheetahs and Griquas at the start of the month. A pragmatic approach around limiting the spread of the virus has also seen Western Province reduce their time on the training field.