Bulls win a Currie Cup final for the ages, lifting trophy against the Sharks 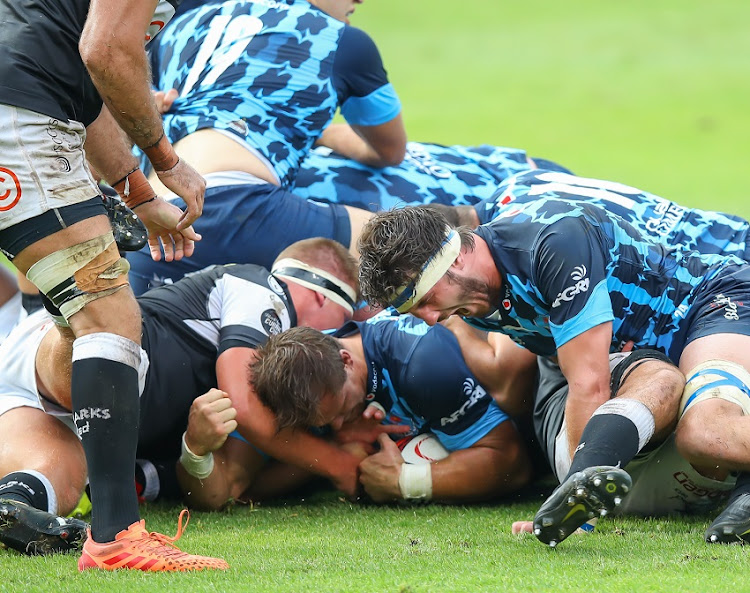 This, for reasons obvious and slightly obscure, was a final for the ages. It had everything.

The most protracted domestic season required the longest-ever Currie Cup final and at the end of it the Blue Bulls were restored as Currie Cup champions.

The fact that it went into extra time tells only part of the storied tale.

As if the spectre of the Covid-19 pandemic had not done enough to force rugby players into hiding, the final was halted in its tracks by the threat of lightning.

Dark clouds gathered over this famous stadium and it was as if the gods were ready to collectively mourn the finale of the most disrupted of seasons.

Thankfully they held back their fury and their tears and play resumed after a 40-minute delay.

Though the Sharks were 6-3 down when play resumed they gradually hurried and harangued the Blue Bulls into error.

Five key areas and match-ups that may determine the result of Saturday’s Currie Cup final between the Blue Bulls and the Sharks at Loftus Versfeld ...
Sport
1 year ago

Had it not been for errant goal-kicking of their flyhalf Curwin Bosch the Sharks might have been out of sight by the three quarter mark. The usually reliable pivot missed five penalty attempts and it looked like it was going to be a permanent stain on his copy book when Bulls replacement flyhalf Chris Smith lined up a kick to win the cup after the siren.

After several nerve jangling minutes that miss took the final into extra time for the first time since 2006. The Bulls were the team with momentum and Botha added a second try to seal the deal but things looked grim for the hosts who were 19-9 behind after 56 minutes.

The weather also continued to threaten but every dark cloud has a lining and in this case it was White.

The Bulls' coronation as the blue bloods of the domestic game took a protracted wait.

They last held the trophy aloft in 2009.

Jake White had started with the mission to restore the Blue Bulls' blue blood status, or make the Bulls great again and the first steps on the road to achieving consistent excellence were taken this season. They now have something tangible to show for it.

When really needed to White's team had bulldozed almost all opposition since the restart of the season. They found redoubtable opposition in the Sharks.

The Sharks looked to have one hand on the trophy before the Bulls with Marco van Staden led a rearguard action.

The Bulls grew increasingly desperate and thanks in part to the arrival of their bench they summoned energy and courage to claw their way into the contest. They started eking out metres where the Sharks earlier had presented roadblocks. Eventually a converted Botha try brought them within three points before Smith levelled the scores.

Earlier the Sharks set the pace.

It was a first half in which they defended every bit as eagerly and gamely as they did against Western Province in the semifinal. Rarely did they allow the Bulls' forwards to rumble into action and pretty much cut them down at source. Territorially too they succeeded in keeping the Bulls at bay bar one long foray that almost yielded a try for the hosts.

It meant the Bulls could not get their heavy carriers into positions where they could inflict most damage on the Sharks' defensive line. With gainline dominance denied the Bulls, the Sharks were able to find traction on the deck and earned themselves some precious penalties.

The Sharks proved equally adept at neutralising the Bulls' much vaunted maul but the country's champion team somehow found a way to overcome all those obstacles.

Retired referee and television match official (TMO) Shaun Veldsman has given the lowdown on how match officials prepare for a Currie Cup final, and ...
Sport
1 year ago

Springboks scrumhalf Ivan van Zyl is on the cusp of achieving a personal milestone and lifelong dream if the Bulls overcome the Sharks to lift the ...
Sport
1 year ago