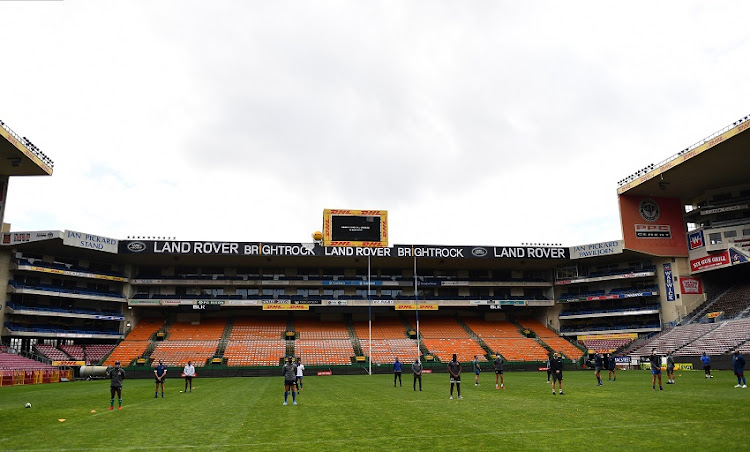 A tribute held at Newlands Stadium on August 6 2020 to acknowledge those affected by the Covid-19 pandemic.
Image: Ashley Vlotman/Gallo Images

The former Western Province and Springbok flyhalf on Wednesday recalled how the stadium‚ which was opened in 1888 but which recently hosted its last competitive match‚ just about became a place of worship.

“I've got great memories of Newlands‚" he said.

"I grew up in Cape Town and went to school at Rondebosch Boys High School up until the end of standard eight. As a little 'pikkie' I used to go to Newlands. We'd play in the morning and then go to Newlands in the Saturday afternoon‚ either to watch the club matches or Western Province play. We used to sit on the side with our student season tickets and watched every single game.”

Early on he had reason to develop an attachment to the stadium.

In the end there was no fond farewell and no closure.
Sport
1 year ago

“My biggest highlight as a kid was when I was 12 years old and made the WP primary school team. We played our final trials before the British and Irish Lions tour match against WP at Newlands in 1980.

“The day of the Test WP U13 played Boland U13 in one of the early curtain raisers. To have played in two curtain raisers to Lions' tour matches and see my WP and Springbok heroes was just amazing. Those were my early memories and started my love for that old stadium.”

Stransky left Cape Town and completed his schooling at Maritzburg College before he started playing for Natal.

By 1993 he was in the Springbok team and two years later he was part of the anointed few to crack the nod for Rugby World Cup selection. It proved life changing.

“To have played in the opening game of the 1995 Rugby World Cup at Newlands was the highlight by a country mile. A really special day in every sense‚” said Stransky.

He knew he was in for a day like no other even before arriving at the ground. Stransky for the first time saw the Rainbow Nation.

“It was made more special when we drove into the precinct towards the stadium the crowd support we had from all different cultures was just sensational.

In Western Province's last match at Newlands, Sharks' flyhalf Curwin Bosch churlishly announced himself as the wrecking ball to the hosts' hopes of ...
Sport
1 year ago

“Madiba spoke to us before and told us he'd make sure the whole nation would support us and then we saw it in and around that ground. It was just amazing.

“Those flags and those smiling faces will live with me forever. That was one of the highlights of my rugby career. To start a World Cup with such a supporter base in a divided country was just special. It also helped that we won the opening game.”

He was used to seeing people from different cultures at Newlands but on the day of the Rugby World Cup opening match everything seemed amplified.

He agrees what constitutes the Newlands crowd is part of what makes it unique.

“The crowd was always quite cosmopolitan‚ people from different cultures. What makes it more special is that the spectators almost sit on the field with you. They are so close to you. It is a tightly knit stadium‚ it is not a big stadium. If you were in the home side you know you have an extra player on your side.”

Stransky experienced Newlands as one of the home team's warriors and as potential invader.

“To play there for WP and the Stormers was special. You had a partisan‚ loyal home ground. Unless you play against one of the Kiwi team.

“The crowd was always knowledgeable. They applaud clever‚ good rugby as opposed to being completely partisan. As a visitor it can be quite intimidating.

“When I went there one year with the Sharks‚ Robert du Preez got sinbinned and back then you had to stand behind the goal posts. As he got there someone shouted: “Robert‚ jy's net ongeskik (you are just obnoxious).”

Every ground has its own peculiarities and at Newlands they seem accentuated.

“It is a particular stadium‚” noted Stransky.

“There are certain nuances to how you play the game there. It used to camber quite a lot‚ the turf cut up badly and then they relaid the surface that had its own pitfalls. And then the wind blow from one side only to turn and then it swirls differently in the corners.

“It was so driven by the weather conditions. It can be atrocious or absolutely spectacular.”

While it is hard to say farewell to the iconic stadium Stransky understands the drivers that necessitates relocation for WP.

“Gone but not forgotten. I think the reality is we live in a world that is fast evolving and tradition comes and goes and rugby stadiums are the same. Modern stadiums look very different to the Grand Old Lady and we have to move on. It doesn't mean the Grand Old Lady disappears from history and memory. It carries great tradition and just because there won't be any rugby there it doesn't mean it has to be forgotten.”