Woodward hails All Black great Carter but rates Wilkinson as best No.10 ever 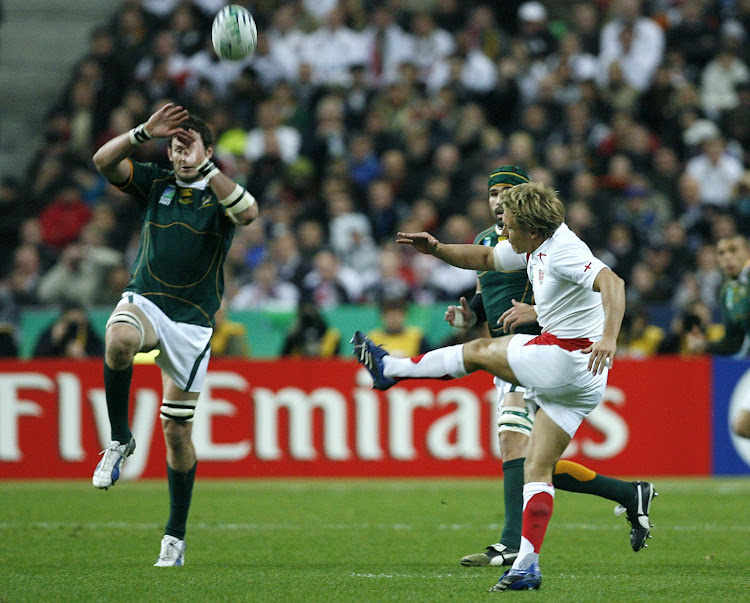 Former British and Irish Lions coach Clive Woodward has described New Zealand's Dan Carter as the greatest attacking number 10 he has seen - but still rates Jonny Wilkinson ahead of him as the most complete flyhalf.

Woodward, who coached England to the 2003 Rugby World Cup title, said he had often been asked who was a better number 10 - Carter or Wilkinson.

"It's almost an impossible choice. They were, by some distance, the two pre-eminent fly-halves of their era – both incidentally natural left-footers," Woodward wrote in a column for the Daily Mail.

"I would score Jonny and Dan about equal as the best goalkickers we have seen, Dan was the best attacking 10 I ever saw while Jonny was far and away the best defensive 10 I ever witnessed.

"If I was forced into a corner I would go with Jonny. Just. I was lucky enough to coach him for six years and knew his game intimately. With Dan I just admired from afar."

Woodward led the Lions on the tour of New Zealand in 2005 where he said Carter announced himself as a "truly world class talent".

In the second test, Carter scored two tries, four conversions and five penalties to seal the series for the All Blacks.

"His 33 points in the second test at Wellington, including two brilliant tries, was off the Richter scale and possibly the best individual performance I have ever witnessed at test level. The Perfect 10," Woodward said.

WP Rugby board chair Ebrahim Rasool says it would be tantamount to spin doctoring to suggest all was well in the beleaguered union.
Sport
10 months ago

Siya Kolisi arrives in Durban with a spring in his step

He arrived in Durban as an instantly recognisable name and juggernaut of seemingly boundless commercial potential.
Sport
10 months ago

Wayde van Niekerk has parted ways with long-time coach Tannie Ans Botha‚ announcing on Friday he would link up with a powerful training group in the ...
Sport
10 months ago

Covid-19 has taught him it is no good to merely think out of thebox‚ reckons Ellis Park Stadium (Pty) Ltd (EPS) MD Pieter Burger.
Sport
10 months ago