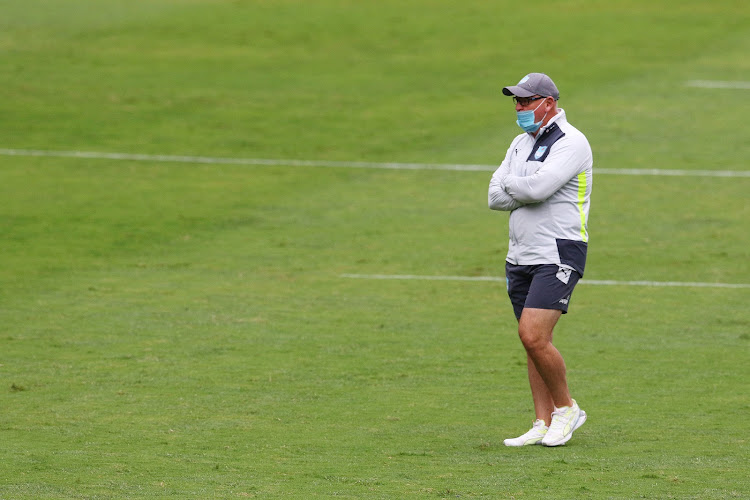 Bulls coach Jake White is excited with the abundance of young talent at Loftus who are impressing in the SA Rugby Preparation Series.

The Bulls registered their second win of the series by beating the Pumas 48-31 at Mbombela Stadium in Nelspruit on Tuesday night with a largely youthful squad of an average age of about 22 years.

With two wins over the EP Elephants and the Pumas in the bag‚ the Bulls will be looking to continue with their winning momentum next week Friday when they host the Stormers in Pretoria (March 19).

“The most important thing that I have enjoyed the most is the fact that the average age of this team is about 22 years‚” said White after the win over the Pumas.

“There is a boy [Reinhard Ludwig] who last year was at Affies [Afrikaanse Hoër Seunskool] where he matriculated and he came on to play.

"Jan-Hendrik Wessels is still only under-20.

“What I am chuffed about is that there is nice depth in our squad going forward.

"The depth is not only for now but in the next couple of years were we are going to have a good team if we can keep them together.”

White said the Bulls made life difficult for themselves at some stages in the win against the Pumas.

“It’s always going to be tough against the Pumas in Mbombela.

"I am sure their coach Jimmy Stonehouse gave them a piece of his mind at half time but in saying that‚ we let them score about 17 points in the first 21 minutes and they didn’t score again until about the 70th minute.

“Even though it didn’t look like the second half was great‚ defensively we were much stronger.

“I think it at times it was over-eagerness from our guys. I looked at them and they were all trying too hard.

“Props were running‚ a new scrumhalf was trying and knocking the ball on‚ but that is what you get when you have a young team.”

Bulls director of rugby Jake White has named an unchanged team for their second match of the SA Rugby Preparation Series against the Pumas in ...
Sport
1 year ago

The local rugby industry is already counting the cost of the Springboks potentially playing the British and Irish Lions in the United Kingdom later ...
Sport
1 year ago

Stormers, losing their grip and nearly the plot, hang on to just beat Griquas

The Stormers lost their shape and almost their way against lowly Griquas in their preparation match in Kimberley on Tuesday.
Sport
1 year ago

South African participation in the Rainbow Cup looks unlikely given the deadlines before the scheduled kick-off next month.
Sport
1 year ago

LIAM DEL CARME | Super Rugby is dead, but is there a cup at the end of the rainbow?