The new ‘Beast’: Matanzima’s path from Queen’s College to the Bulls 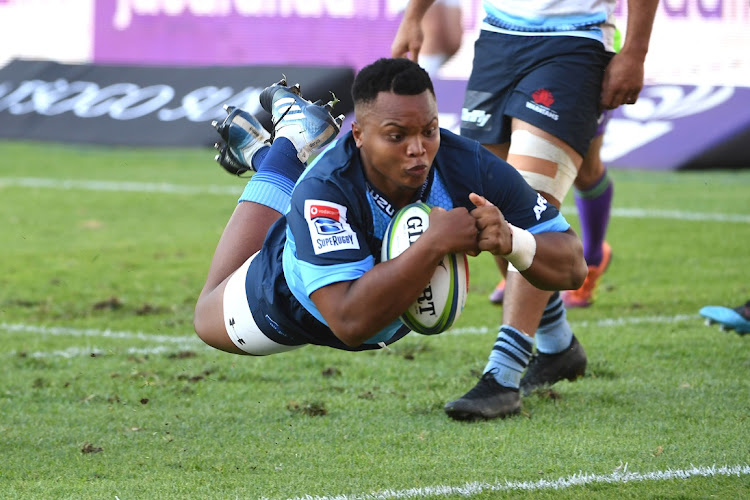 Simphiwe Matanzima of the Bulls scores in the Super Rugby match against Waratahs at Loftus Versfeld on May 4, 2019.
Image: Lee Warren/Gallo Images

Promising Bulls loosehead prop Simphiwe Matanzima has shared his inspiring and eventful journey that took him from the Eastern Cape to Loftus to realise his dream of playing professional rugby.

Matanzima, whose was disrupted by injury last season after a solid start, recalled his early schooling days in Komani (then Queenstown) that shaped his career, and a period where he lost his motivation for the sport.

“In grade 11 at Queen’s College in the Eastern Cape, at that time I started losing interest in rugby,” said the 23-year-old, who is part of Vodacom’s Focus on Future Stars programme at the Bulls.

“You get negative once you go through something [a loss of motivation] like that. But my second team coach really influenced me to get my passion back for the game and start enjoying my rugby again.

“He reignited my love for rugby and everyone has an experience of this in high school.

“Some players will play A team level their whole life, from under-8 through to the first team, but some guys are late bloomers. It’s important that you really have a passion for the game.

“Sometimes you just need to take a step back and find that passion again. If you’re good enough, the cream will always rise.

“It’s kind of easy in the beginning and at under-15 and under-16 level, but once you start competing at first team level against the top schools in the country, that’s the first time you can really test how good you are compared with how good you think you are,” added the man who was nicknamed “Beast” by his coach after the Springbok prop Tendai “Beast” Mtawarira.

Matanzima’s exploits at junior level did not go unnoticed as he caught the eye of the Bulls' scouts and found himself in Pretoria, where he finished school.

“It’s a massive honour for me to be playing for the Bulls. Growing up in Queenstown, I always had a passion to play rugby at the highest level.

“To be able to have been given this opportunity to come to a union like the Bulls at U-19 level and then work my way through the age groups to finally reaching that level of playing senior rugby is just such a massive honour for me.”

After spending time with the juniors at Loftus, Matanzima got his opportunity to make a debut for the Bulls in 2019 in a Super Rugby match against strong rivals the Stormers.

“I’ll never forget the first time I pulled on the Bulls jersey at senior level. We were playing the Stormers and it was a tough game because Loftus Versfeld was packed, and I was so nervous.

“But that core group of senior players just told me, ‘Look, we know it’s your first cap. Don’t try to do too much. You’ve been picked for a reason. You know you can compete. Take your time and play the game you know how to play, and you’ll be fine’.

“I stood my ground. That’s when I knew I could compete at this level.”

Making his debut was a culmination of many years of hard work and realisation of the dream he had as a seven-year-old boy in Komani, and he wants to follow in the footsteps of great props that have pulled on the Bulls jersey.

The Bulls name their 40-man squad for Super Rugby

A blend of youth and experience is the name of the game for the Bulls after naming their 40-man squad for the season.
Sport
2 years ago

Bulls coach Jake White is excited with the abundance of young talent at Loftus who are impressing in the SA Rugby Preparation Series.
Sport
1 year ago