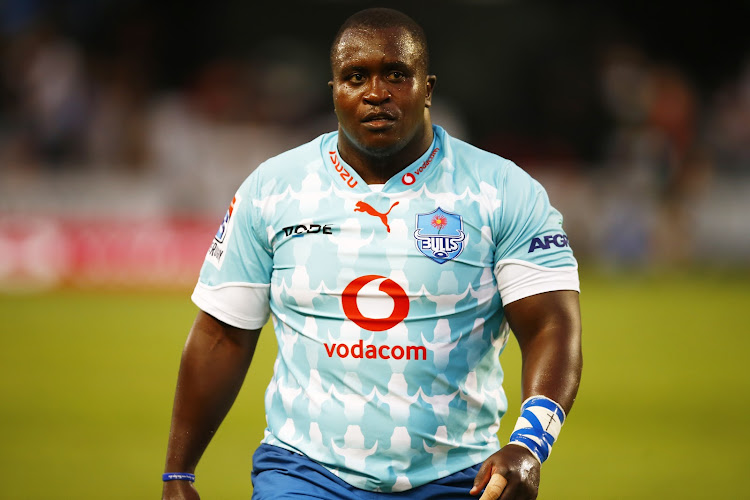 Trevor Nyakane says the Rainbow Cup matches will be important in terms of preparation and match fitness ahead of the Lions tour.
Image: Steve Haag/Gallo Images

Bulls and Springbok prop Trevor Nyakane says the newly formed Rainbow Cup SA will help players get the match practice they desperately need ahead of the long-awaited British & Irish Lions tour in June and July.

The Rainbow Cup SA will have no cross-hemisphere fixtures and features the Sharks‚ the Stormers‚ the Lions and the Bulls taking on each other over a double round of home and away action over seven weeks.

South African teams will not be allowed to play against the Pro14 teams because of travel restrictions to Europe and the new tournament is expected to plug the gap‚ with the Stormers hosting the Sharks and the Lions visiting the Bulls next weekend.

“Obviously these (Rainbow Cup) matches we are going to play are important in terms of preparations‚ game fitness and all that stuff‚” said Nyakane.

Bulls coach Jake White has picked a strong team for the Preparation Series match against the Stormers at Loftus on Friday with one eye on the ...
Sport
1 year ago

“I think the boys are looking forward to the Rainbow Cup and everyone is really willing to work as hard as they can so that they have a chance to be considered to play in the British & Irish Lions tour.

“It’s not ideal for everyone because we are not going to play enough games‚ but we take it as it comes. It is about trying to get fit and working as hard as we can to give the coach a strong hand by being fit.

“We all know what it takes to play Springbok rugby and from my side it’s just to make sure that by the time we get there I have reached those standards.

“As a player you have to play with the cards that you are dealt with because there have been a lot of things happening due to the pandemic. For us it's about preparing as well as we can because there is nothing else we can do. If you get a chance to represent SA in that Lions series‚ you must be ready to go.”

Springbok players had alignment camps with coach Jacques Nienaber‚ his assistants and managers last week and Nyakane said the engagements were fruitful.

“The engagements were good. Obviously there was a lot of information and things that were enlightening. As players we don’t have much time to go on bigger camps and every little bit of information helps so that we are prepared to do what is required to play in the green and gold.

“It was awesome to be in that environment with the coaches and see how they see things‚ and how they want to go forward. It was also a reminder of the things that are expected from us as players.

Currie Cup team of the season: why many big names are missing

Not that they will be playing anyone‚ but the exercise of selecting a form team of the recently completed Currie Cup will see a significant number of ...
Sport
1 year ago

“I enjoyed it because there was a lot of information given out and it is nice to see that the unions and the Springboks are working together to try to get these things right.

“They will pick a few clips here and there to show you what standards they are looking for‚ and what they expect you to do.”